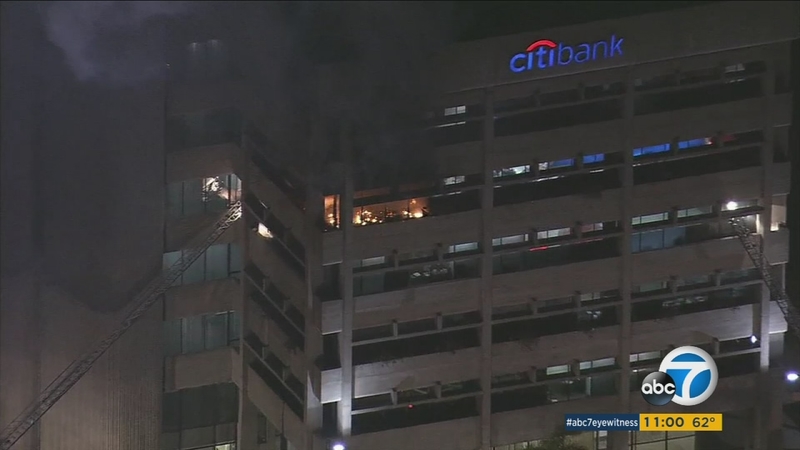 The blaze occurred at the 1100 block of south Beverly Drive on the sixth floor of the office building, according to the Los Angeles Fire Department.

Gary Barkin was working one suite over when the fire started.

"All of a sudden I started seeing black smoke curling out the top of the door and then I was like, 'oh no, this is bad," Barkin told ABC7.

There were several people inside when the flames began and firefighters had to help two people out of the building.

Officials sent 120 firefighters who were able to knock the flames down at about 9:15 p.m., which was approximately 29 minutes after the blaze erupted.

The flames were contained to the single unit, according to fire officials.