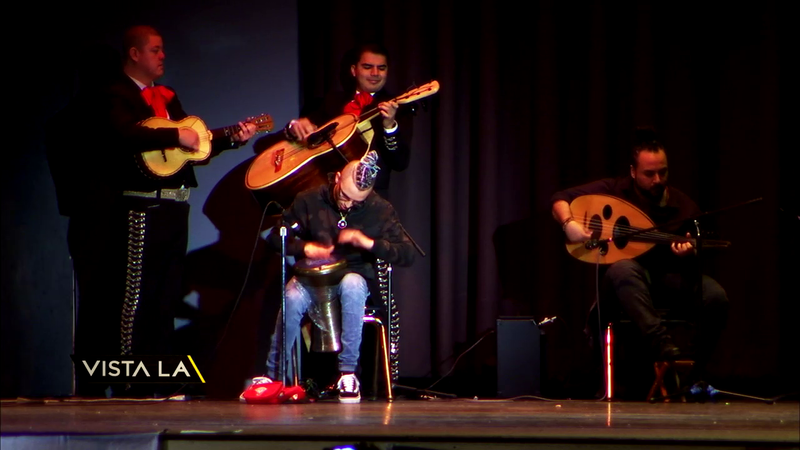 BELL, Calif. -- There's a growing Arab community in the city of Bell. The diverse population is probably most obvious in the classrooms at Bell High School, where students of Middle Eastern or Mexican heritage sit side by side.

They learn about each other's native customs, language and culture, and equally respect one another's differences.

Recently, Vista L.A. stopped by Bell High for a first-time celebration of this multiculturalism. They brought their cultures together through musical performances on stage.

"There's a saying in Arabic that says, knowledge is light," Bell High School Teacher Zaidi Mohcine said. "We wanted this event to illuminate our ways, our paths. We have so many things in common to celebrate."

The performances ranged from traditional Arab and Latino musical influences to modern collaborations among students.

"I think every person is proud of their country, their religion... Diversity is something amazing," Lopez said.

Other students, like Zinab Ferdous, enjoyed the positive and festive environment.

"There's wasn't negativity whatsoever and I felt it should always be like that," Ferdous said. "Cultures combining together, learning new things and doing new things with one another."

This was the first year Mohcine championed an event of this sort, but he says this is only the beginning.