KABC
By ABC7.com staff
PERRIS, Calif. (KABC) -- Homicide investigators with the L.A. County Sheriff's Department have made an arrest in connection with a fatal shooting that occurred at a construction site in the City of Industry on June 18.

Elias Haro Rodriguez of Perris was taken into custody at a Perris business around 5 p.m. on Thursday, three days after he allegedly shot and killed a man working at an active construction site in Industry.

According to investigators, Rodriguez reportedly snuck onto the construction site by wearing a hardhat before shooting the victim and fleeing the scene.

Rodriguez is facing a murder charge and was booked at the San Dimas Sheriff's Station, where he is being held on $2-million bail.
Report a correction or typo
Related topics:
perriscity of industrylos angeles countyriverside countyarrestfatal shootingshootingconstruction
Copyright © 2021 KABC-TV. All Rights Reserved.
RELATED 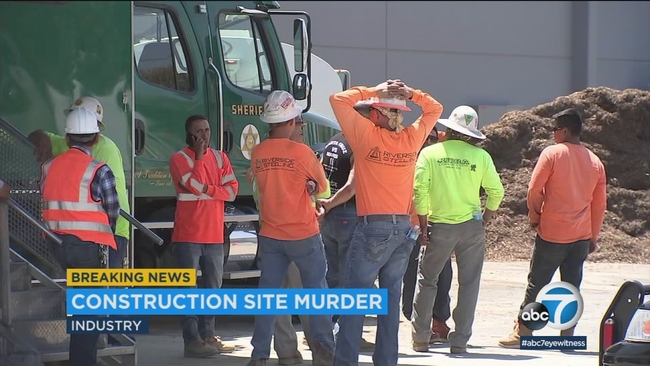