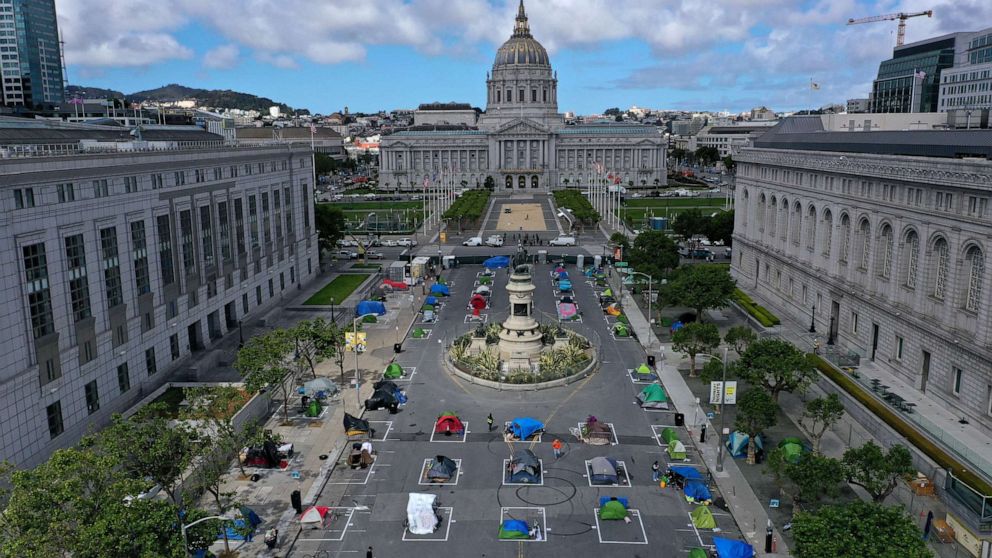 Homeless encampments are on the rise in San Francisco, especially now, with the novel coronavirus pandemic increasing unemployment and threatening shelter space.

In order to address the issue, the city is setting up sites called "Safe Sleeping Villages," where the homeless can set up tents in a designated clean and safe area.

The newest site was announced for the area of Stanyan and Haight streets on the east of Golden Gate Park, in an unused lot owned by the city. The location, announced May 15, is the second Safe Sleeping Village to open since this effort began. The first was opened near City Hall earlier this month.

The sites will be monitored 24/7 and enforce social distancing with white outlines for each tent. Bathrooms, hand-washing stations, showers and meals will also be provided.

The last point-in-time count of homeless people in the city, which counts those in shelters and on the street, was in January 2019 and found 8,035 individuals experiencing homelessness.

Dean Preston, San Francisco District 5 supervisor, said the homeless problem in the city has gotten much worse during the COVID-19 crisis. Preston represents the area where the second Safe Sleeping Village was opened.

The city has set up "alternative housing" for homeless citizens, including those with COVID-19, those without the virus and those who have recovered from it. There are currently a total of 1,142 homeless people in the alternative housing, which includes hotels, trailers, RVs and congregate housing, according to the city's data. The majority of those are in hotels, with the city saying over 3,000 rooms are either ready or will be soon. So far, just over 2,000 of those are active.

The Safe Sleeping Villages are only designed to be a temporary fix until better housing is implemented.

Preston said his mission is to get the city to eventually provide more hotel rooms for the homeless during the pandemic.

"These hotels are the obvious solution during the crisis of COVID-19," he said. "The goal is to move the project faster and get folks into a safer setting."