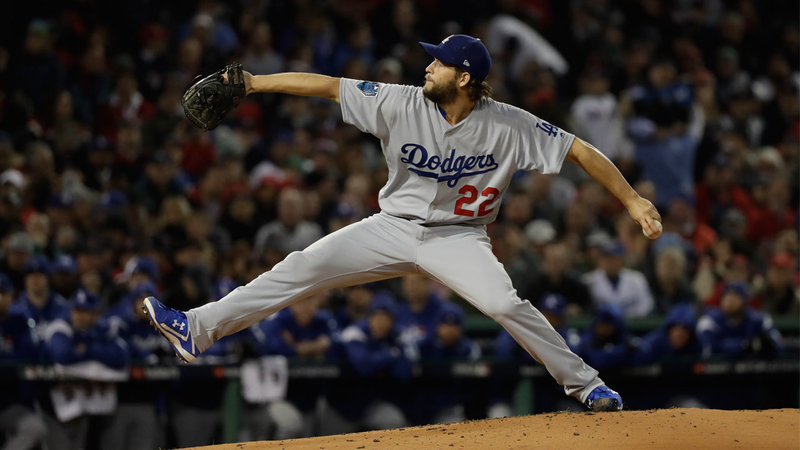 LOS ANGELES (KABC) -- Clayton Kershaw has signed a three-year, $93 million contract extension with the Dodgers, a source confirmed to ESPN.

"Honestly, I wanted to stay here," Kershaw said. "Financial, everything aside, it was more valuable to me to stay here. I'm glad we got that done. I talked a lot with Ellen (his wife). My kiddos love it here, Ellen loves it here, I love it here. I love the team here. There's not many opportunities that meet all the criteria that Ellen and I would be looking for.

"Myself, personally, a chance to win every single year, it doesn't come around like this in L.A. very often. We just decided that it was a much better option to try to work it out here than to do anything else."

Kershaw had until Wednesday night to decide whether to opt out of the last two years of his $65 million Dodgers contract, but he and the team agreed to extend the deadline until Friday.

The now-30-year-old Kershaw was drafted by the Dodgers out of high school in 2006 as the seventh overall pick.

The left-hander has won three Cy Young Awards and a National League MVP and is seen as possibly the best pitcher of his generation.
EMBED More News Videos

Dodger fans are hoping next year will be their year, but what they really want to know is whether Clayton Kershaw will remain with the team for another season.

But as good as he's been in the regular season, he's struggled in the postseason.

In the postseason, Kershaw is 9-10 with a 4.32 ERA.
In two straight World Series, he's 1-2 with an ERA of 5.40. Four of his six postseason starts in elimination games have ended in losses, including Sunday's 5-1 defeat.