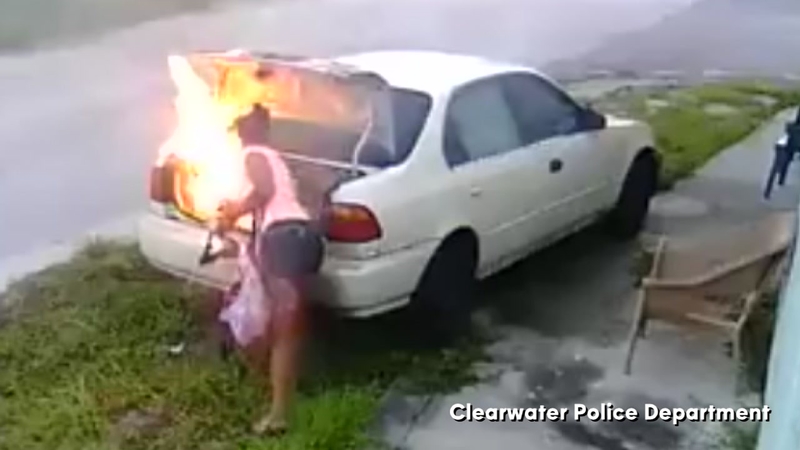 CLEARWATER, Fla. -- Florida police say a woman wanted her ex-boyfriend to feel the burn of her anger - so she tried to set his car on fire. However, authorities say she ended up targeting the wrong vehicle.

The Clearwater Florida Police Department posted surveillance video on the its Facebook page of a woman intentionally setting a car on fire last month. They asked for the public's help to identify the woman.


Police posted an update on Facebook identifying the suspected arsonist as 19-year-old Carmen Chamblee. Authorities said a Pinellas County Sheriff's Office deputy spotted Chamblee over the weekend and arrested her.

She is charged with second-degree arson. Police say surveillance video shows Chamblee setting a Honda Accord on fire on Aug. 27.