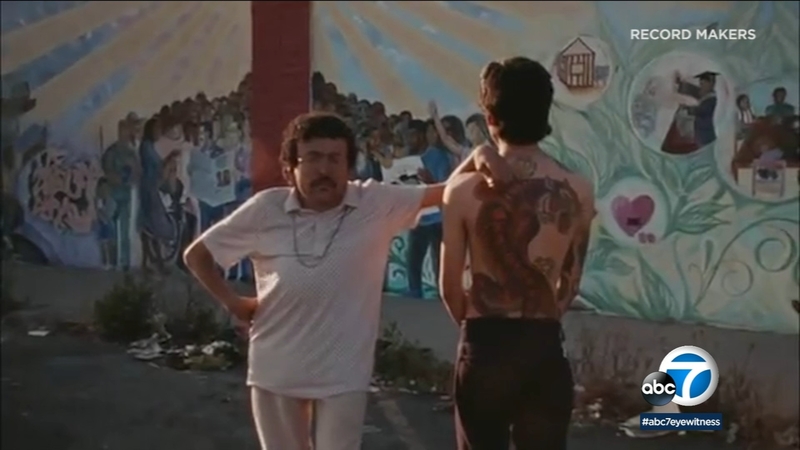 LOS ANGELES (KABC) -- A local artist will be one of several performers - like Childish Gambino and Ariana Grande - taking the Coachella Valley Music and Arts Festival stage in April. In fact, Oxnard native Cola Boyy was the first name organizers released in the lineup.

"I woke up to a bunch of tweets of people bugging out like, 'Who is this Cola Boyy?' They tweeted my video, so people listened to the song 'Penny Girl,' and they were like, 'Oh, this is dope. I really like it,'" Cola Boyy shared. "It was pretty cool. It got a lot of attention on me. I got a lot of traffic."

The Afro-Latino Indie artist is looking forward to joining the all-star, multicultural billing for Coachella 2019. Cola Boyy, whose real name is Matthew Urango, was born with spina bifida and scoliosis, but he does not let his disability define him, and he hopes the attention he's getting from Coachella will help other disabled performers.

The 28-year-old singer is a proud native of Oxnard who wants his time in Coachella's spotlight to reflect positively on his hometown.

"I think me being a part of this festival is like a win not just for me, but for other people in Oxnard. They're really happy about it, and they feel I'm representing them as well," he added. "And if I can make them happy for that and be some sort of representation in that way, then that's cool to me, you know."
Report a correction or typo
Related topics:
arts & entertainmentoxnardventura countyfestivalmusicmusic newscoachella
Copyright © 2021 KABC-TV. All Rights Reserved.
TOP STORIES
Alec Baldwin movie camera crew walked off before shooting, member says
Warrant: Baldwin didn't know weapon contained live round
'Firestorm' tells Oakland Hills fire survivors' stories 30 years later
Suspect crashes into drainage canal after Azusa police open fire
Carson residents file class action lawsuit; claim odor makes them ill
Gas prices continue rising in SoCal
Max Scherzer won't start for Dodgers in NLCS Game 6
Show More
Singer Aloe Blacc honors of man shot and killed by Anaheim police
SoCal Army veteran celebrates his 100th birthday
For sleepy Hong Kong residents, 5-hour bus tour is a snooze
Juvenile arrested on suspicion of murder in Fullerton shooting
EXPLAINER: Who can get a booster and where to make your appointment
More TOP STORIES News