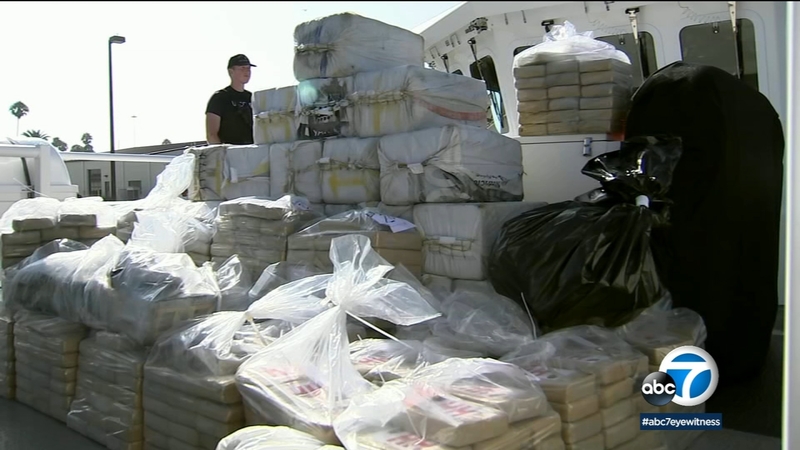 Coast Guard ship arrives in San Pedro after seizing $38.5M worth of cocaine

The drugs seized by the U.S. Coast Guard Cutter Robert Ward are estimated at $38.5 million, the Coast Guard said.

"2,800 pounds is a considerable amount of cocaine when you consider this is pure cocaine, it's uncut in its form," Coast Guard Lt. Commander Matthew Kroll said.

The seizure was made in Drug Transit Zones in the Eastern Pacific Ocean during the first ever patrol of the new Coast Guard cutter.

"Not just the Coast Guard, multiple nations, multiple agencies within the United States are out there on a daily basis, working around the clock to stop them and disrupt their flow," Kroll said.

The seizure of the bales of cocaine - some found floating in the open ocean - are part of the Coast Guard's fight against drug cartels in the Eastern Pacific Ocean.

"It makes them react, it hampers their supply chain, it makes them try out new and different things that then we try to counter as well," said Rear Adm. Peter W. Gautier, the 11th Coast Guard District commander.

The effort won't stop the drug trade from central and South America, but it is chipping away at the trafficking.