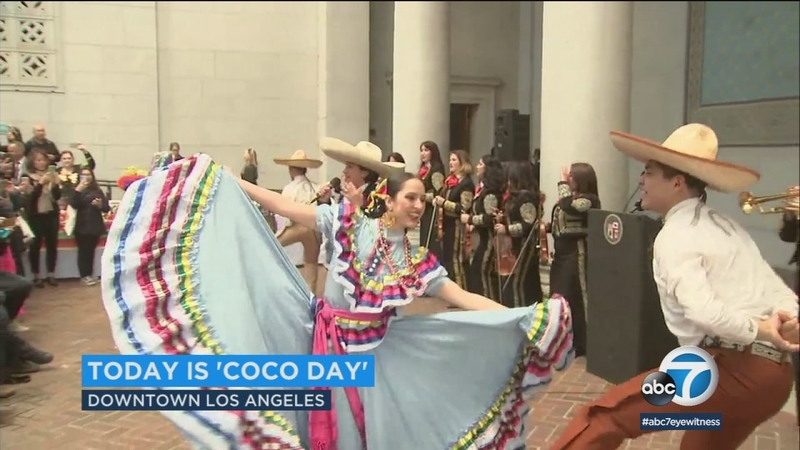 Councilmember Gil Cedillo said the animated feature sends a sobering social message during these turbulent political times. The voice cast is predominantly Latino and many of those actors grew up in Los Angeles.

A large party was held at City Hall, with a mariachi band to kick off the event.

The celebration also coincided with the release of the movie's DVD and Blu-Ray.