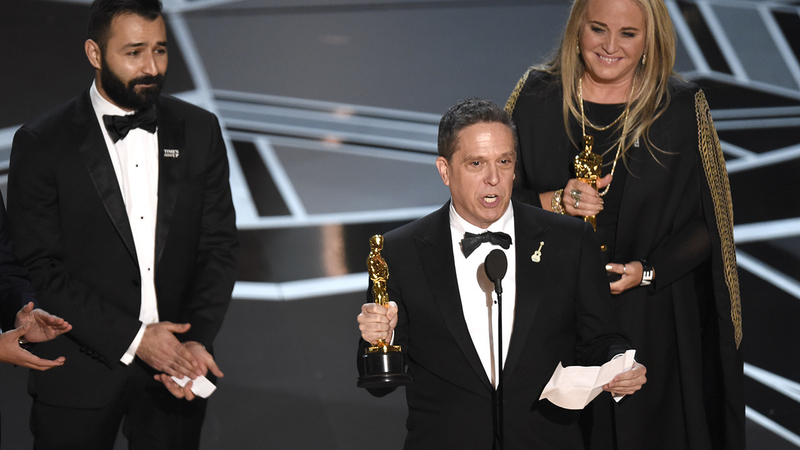 Oscar-winning 'Coco' director sounds off on diversity in film

LOS ANGELES -- While accepting the Oscar for Best Animated Feature Film, "Coco" director Lee Unkrich honored the culture that inspired the acclaimed film and sounded off on the importance of diversity in media.

"With 'Coco,' we tried to take a step forward toward a world where all children can grow up seeing characters in movies that look and talk and live like they do," Unkrich said to applause. "Marginalized people deserve to feel like they belong. Representation matters."

"Coco" follows aspiring young musician Miguel (voiced by Anthony Gonzalez) as he enters a talent show on the eve of Dia de Los Muertos, a traditional Mexican holiday during which family members honor relatives who have passed away. The film follows Miguel on a journey as he learns more about his ancestors and family history while telling the story of Mexican culture.

"The biggest thank you of all [goes] to the people of Mexico. 'Coco' would not exist without your endlessly beautiful culture and traditions," Unkrich said.

A commercial success in many markets, "Coco" earned the distinction of being the highest-grossing film of all-time in Mexico, where the film is set.