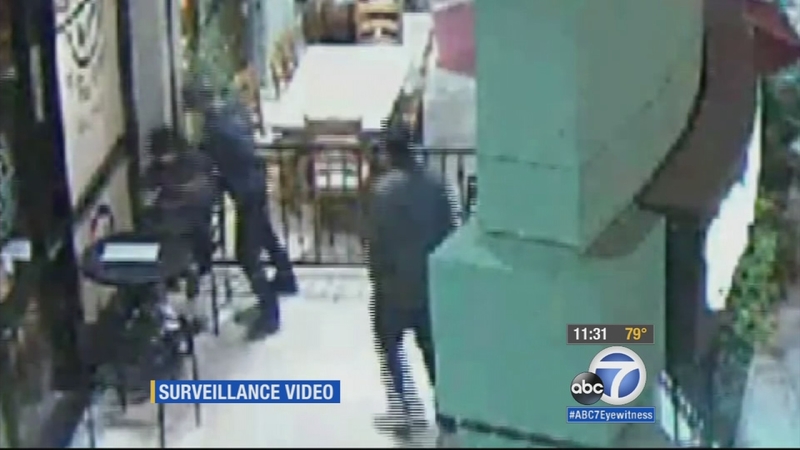 RIVERSIDE, Calif. (KABC) -- Riverside police say the suspects who beat a man outside a Coffee Bean to steal a MacBook laptop knew the victim was deaf.

Surveillance video caught two men attacking the man as he sat at a table outside the coffee shop near Mission Inn and the Main Street Mall at about 1 a.m. on May 19. One suspect could be seen lobbing repeated punches and elbowing the victim.

As one of the suspects yanked the laptop away, the victim fell out of his chair and onto the floor. Both suspects fled south from the mall on foot.

Before the assault and robbery, a third man was seen on camera approaching the victim. Police want to talk to the third man, too.

"We're still unclear regarding his involvement," said Riverside police officer Roger Serrato. "Minutes before the actual robbery happened, he was on video communicating with the victim in sign language, so they knew he was deaf."