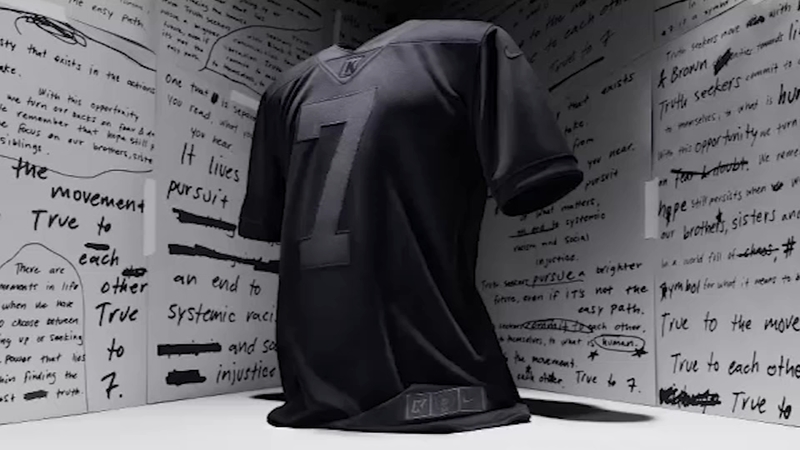 Nike Colin Kaepernick jersey sells out in less than 1 minute

An all-black Colin Kaepernick jersey sold out in less than a minute Thursday.

Nike released the number seven jersey to commemorate four years since the former San Francisco 49ers quarterback took a knee to peacefully protest against systemic racism and social injustice during the national anthem.

According to Nike, the Icon 2.0 jersey went on sale Thursday morning and sold out in less than a minute.

It initially sold for $150, but there are now several listed on eBay for much more.

This is not the first time Nike's Kaepernick apparel has quickly sold out.

The Icon 1.0 jersey was released last year and Kaepernick said it sold out in approximately 10 hours.

In Sept. 2018, it was announced that Colin Kaepernick would be one of the faces of a new Nike advertising campaign commemorating the brand's 30th anniversary of the "Just Do It" motto.