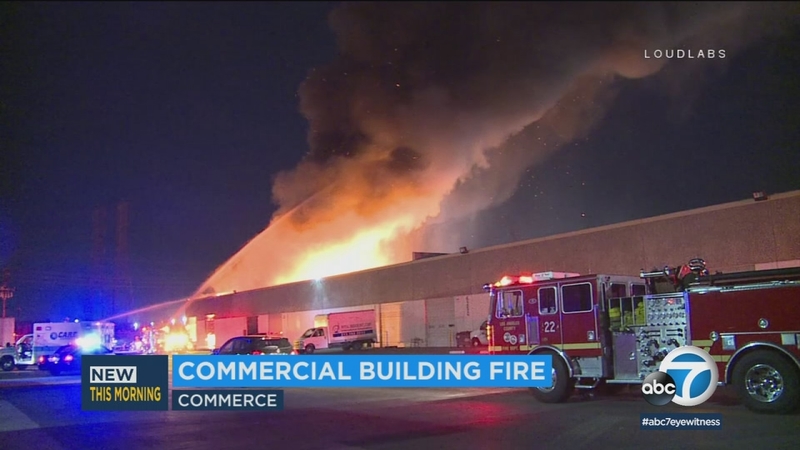 COMMERCE, Calif. (KABC) -- A dramatic blaze was extinguished by firefighters but not before it destroyed a commercial building early Saturday morning in Commerce.

No one was injured in the blaze, which was reported at 3:15 a.m. in the 6200 block of Peachtree Street, according to the Los Angeles County Sheriff's Department. The location is in an industrial area marked by warehouses and factories.

Los Angeles County Fire Department personnel arrived at the scene to find flames erupting from the roof of the structure and emitting a massive plume of smoke into the air.

More than 100 firefighters battled the inferno for about two hours before it was knocked down, officials said.