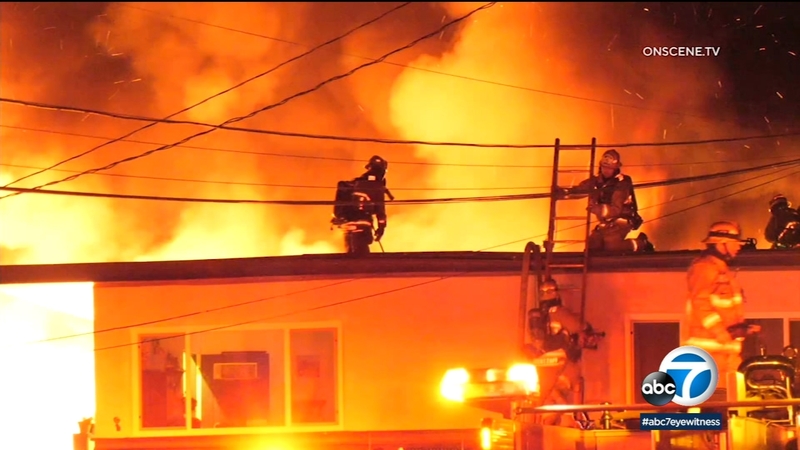 The blaze broke out around 3:23 a.m. on Ferguson Drive, sending flames and smoke shooting into the sky and prompting the evacuation of nearby residents.

No structures were immediately threatened, according to Los Angeles County Fire.

All Metrolink trains were stopped in both directions between the Baldwin Park and El Monte stations while firefighters worked to extinguish the flames near the tracks.