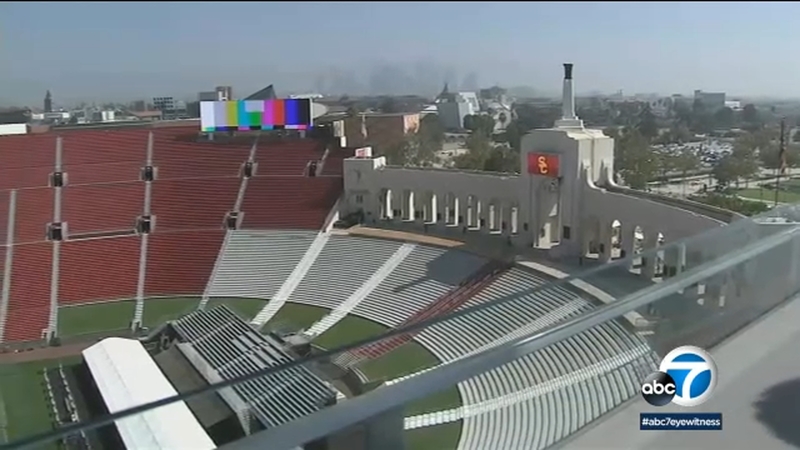 $325M worth of renovations revealed at L.A. Coliseum

The coliseum's original columns from 1923 were left untouched during the renovation.

Controversy over a plan to rename the entire landmark ended with United Airlines having their brand name on the coliseum's playing surface, making it the United Airlines Field at the Los Angeles Memorial Coliseum.

The Los Angeles Rams will be the first to play in the renovated stadium on August 24.

USC's football team will make its mark when they open their season against Fresno State on August 31.