Approximately 60 volunteers stayed back at the Multi Service Center, which is home base for the city's tally.

"We're not just collecting data," said Elsa Ramos, Coordinator at the Multi Service Center. "This is the city's largest effort in street outreach and engagement that we do in one day."

"The majority of LAHSA counts only take visual and later go out to take demographic surveys of a sample of the population," said Ramos. "The key difference is that we focus on getting an actual survey with folks."

The city is broken up into 47 segments and teams of 3 to 5 volunteers canvas each area to survey people experiencing homelessness.

"We asked how long they've been homeless, what state they were born in, the gender and race they identify," said Ashley Salazar from Anaheim. "Drug and alcohol use, disabilities, if they were veterans. Just trying to get a general

idea about what's happening in our city."

Results from the 2019 count in Long Beach showed that 52% of the people surveyed were experiencing homelessness for the first time. This year, the city included targeted questions to determine factors that lead to loss of housing.

This year, the city launched a pilot program, where volunteers used an app, in addition to a written survey, in order to track the data in real-time.

"We are required to conduct a homeless census every other year, but the city has decided to do it annually to get more data on our annual basis to determine what type of programming we want to develop to meet the specific need
locally," said Ramos.

Ramos said that the city is required to report the data from the count to HUD by May of this year. Everything you need to know about the LA County DA's race 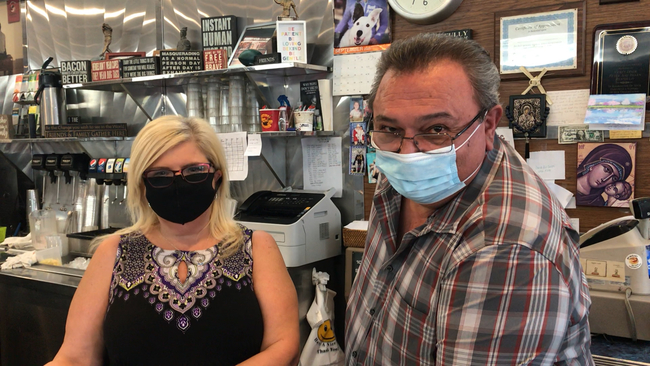