LA homeless may be arrested for sleeping on street 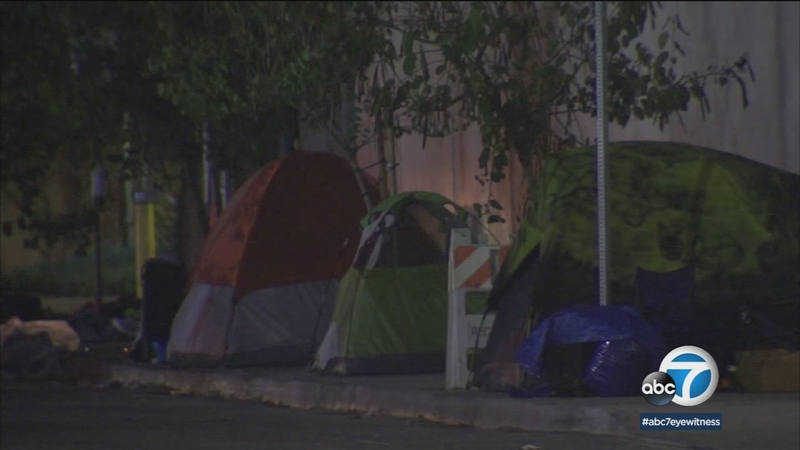 LA homeless may be arrested for sleeping on street

LOS ANGELES (KABC) -- For many who live in the dark corners of Los Angeles, sleeping in tents is a daily reality.

But earlier this week, Mayor Eric Garcetti told the L.A. Times that the city may start arresting people for spending the night on the sidewalk.

Many people living on one Hollywood street, including Vicki Dollar, are questioning the news.

Eleven years ago, city leaders banned overnight sidewalk sleeping but reversed course when faced with pushback from advocates. According to the L.A. Times, Garcetti intends to enforce the law again now that the city has enough new housing to meet settlement requirements.

"They can't do that," homeless man Khayree Weaver said, "because there's going to be another riot."

The Rev. Andy Bales, CEO of the Union Rescue Mission, is alarmed by the mayor's suggestion.

According to Bales and contrary to the L.A. Times report, there are approximately 53,000 homeless people in L.A. but only around 13,000 beds across all the shelters.