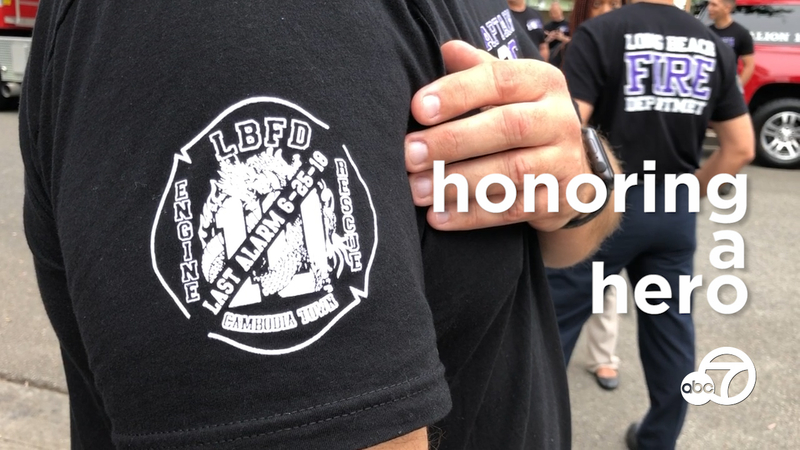 The Long Beach Fire Department unveiled a memorial sign at the facility, which will be renamed Captain David Rosa Regional Training Center.

"I take comfort that from this day forward, no one will pass this entry without seeing the name of Fire Capt David Rosa and remembering the life he lived, " said Long Beach Fire Dept. Chief, Xavier Espino.

On June 25, 2018, Capt. Rosa, 45, was part of the response in downtown Long Beach after reports of an explosion and fire at a senior living facility. After extinguishing the blaze, firefighters searched the building and a gunman opened fire. Rosa suffered fatal wounds and was pronounced dead at the hospital.

"You're more than a death in the line of duty, more than another tragedy, more than a fire captain, or a husband, father, son, brother and friend," said Lynley Rosa. "You're a man whose daily decisions have had a lasting impact on us all."

Rosa left behind his wife of 19 years, Lynley, and two sons. Lynley read to a somber crowd a letter she wrote her late husband on the anniversary of his death.

"You had the heart of a servant," she said. "It was one of the many things I loved about you. So much strength wrapped in humility."

During the last three years of his career, Capt. Rosa trained recruits at the facility that now shares his namesake.

"There's a saying that time heals all wounds. While that may be true, time allows you to forget a lot," said Chief Espino. "I ask that you all pledge to continue telling the story of Fire Capt David Rosa. Continue telling the story of Dave."
Report a correction or typo
Related topics:
community & eventslong beachlos angeles countycommunity journalistlong beachfirefirefighter killedin the communityfirefighters
Copyright © 2021 KABC-TV. All Rights Reserved.
IN THE COMMUNITY 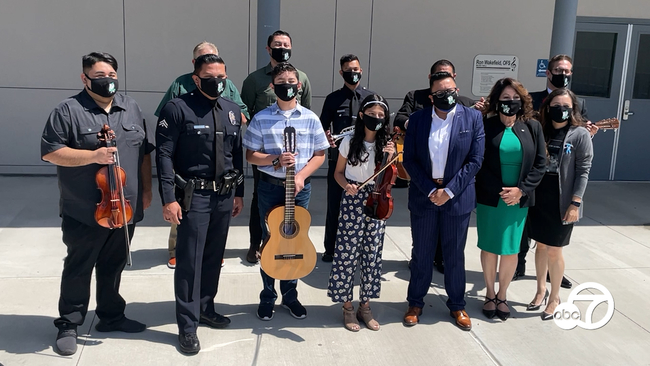