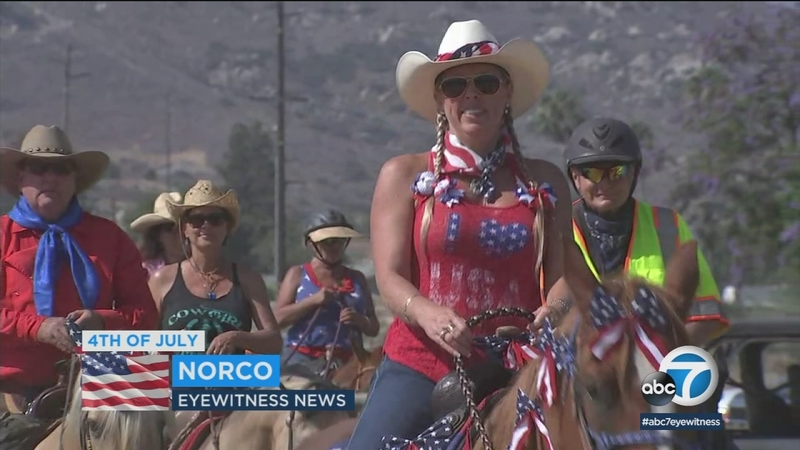 The two-hour ride featured nearly 100 horses decked out in red, white and blue, all of them eventually winding their way down to the Santa Ana River bottom.

After the horseback ride, Norco residents satisfied their afternoon hunger at the Pikes Peak Park barbeque.

There was also a children's bicycle ride and a horseshoe tossing competition the park.