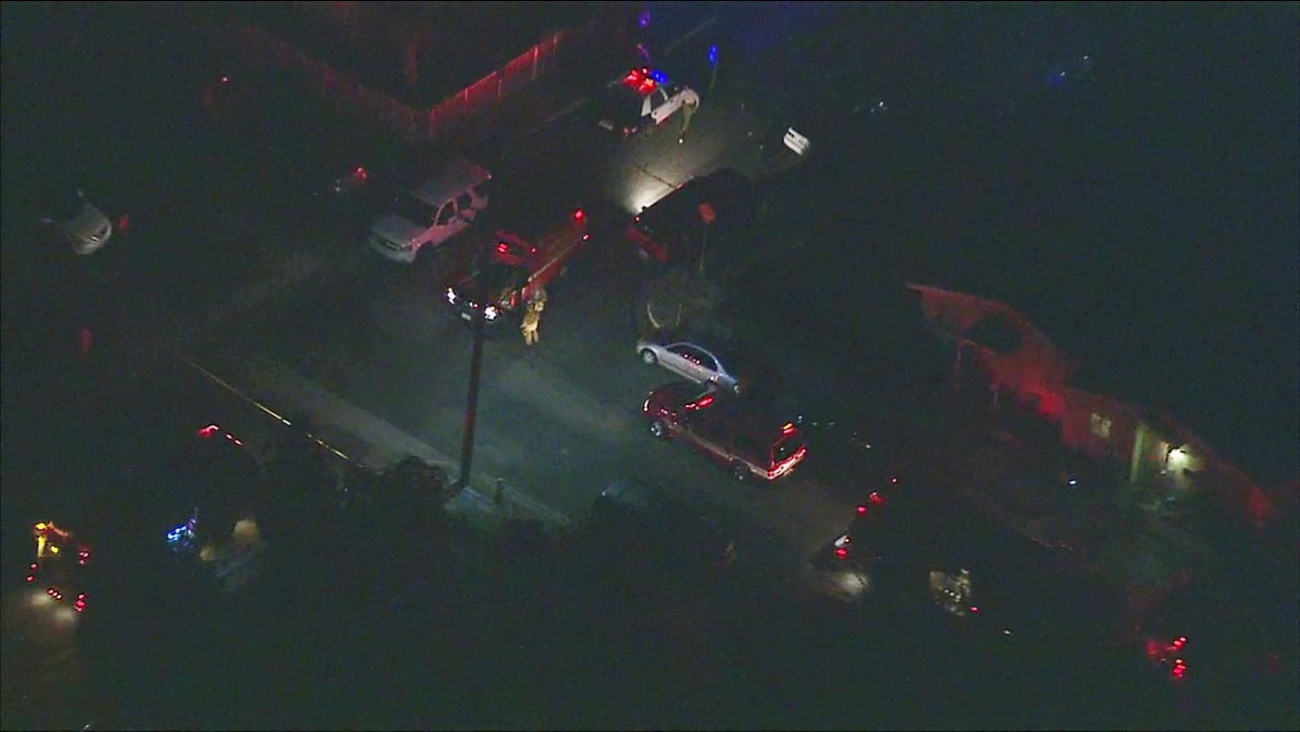 Firefighters and sheriff's personnel responded after a deputy-involved shooting in Compton on Thursday, Aug. 25, 2016. (KABC)

COMPTON, Calif. (KABC) -- One person was struck Thursday evening in a deputy-involved shooting in Compton, according to the Los Angeles County Sheriff's Department.

The incident was reported shortly before 8:30 p.m. in the area of Wilmington Avenue and Compton Boulevard, a sheriff's spokesperson said.

It was unclear what prompted the shooting.

Aerial footage from AIR7 HD appeared to show a man lying motionless on the ground at the scene, where multiple sheriff's and fire department vehicles responded.

The suspect was in unknown condition after being shot.