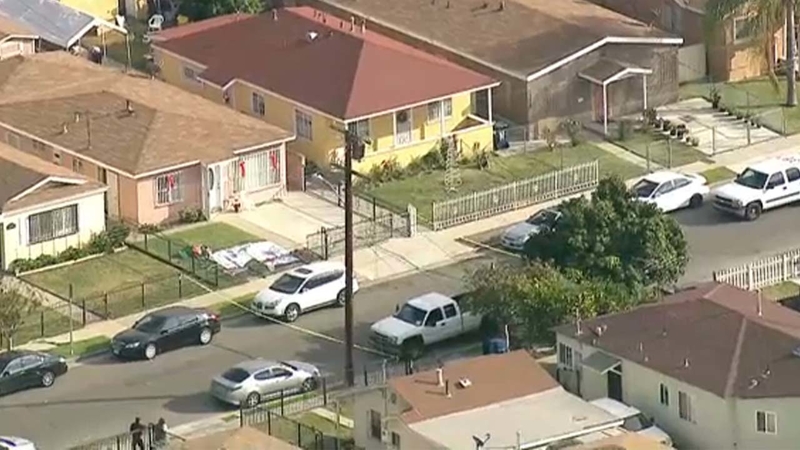 COMPTON, Calif. (KABC) -- A woman was stabbed to death in Compton, and her husband was taken into custody in connection to her death, authorities said

The incident was reported shortly after 10 a.m. Monday along the 15600 block of Frailey Avenue, Los Angeles County sheriff's officials said. The victim was found with trauma to her upper torso, said Lt. Chuck Calderaro with the Los Angeles County Sheriff's Department.

The victim was pronounced dead at the scene. Her identity was not released.

Calderaro said the victim's husband was taken into custody. He is considered a person of interest based on preliminary investigations.

No children were involved in the incident, Calderaro said, adding that the case appeared to be a domestic violence incident.