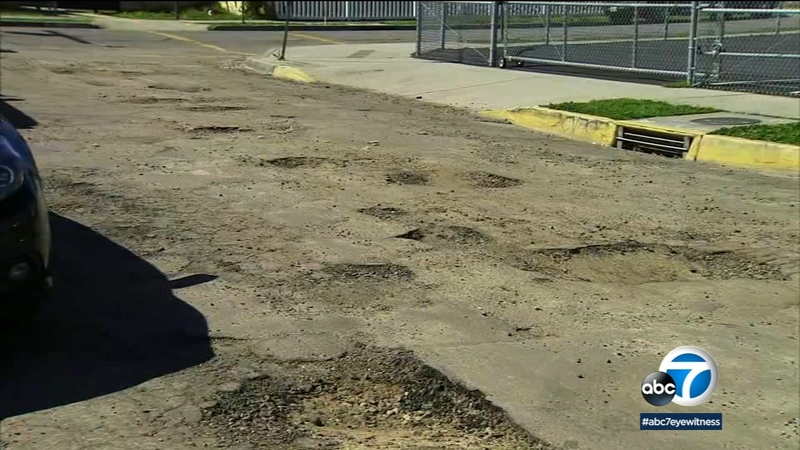 "My family members and friends have gotten their tires damaged because of the potholes so I figured I would fix at least my street," Victor Avila said.

Avila became a one-man work crew, and soon his sons - 7-year-old Ismael and 4-year-old Ivan - joined in with their mother recording it all on her cellphone.

"It's horrible. The streets are really bad. You can't even drive 10 miles per hour," Mayra Gomez said.

The children helped shovel dirt. Their dad drove his truck over the piles to pack it in.

Some neighbors near Roosevelt Elementary School describe their drive "like a roller coaster ride," or an off-road expedition.

Compton residents passed Measure P in June 2016, but the funds from a sales tax hike have fallen short of an estimated $100 million needed to pave the streets.

In the meantime, families say they are paying the price.

Neighbors on a nearby block said the city has pledged to fix their street in May.

"Hopefully the city will see it, and they will do something about it," Gomez said.

The parents said the children are learning a lesson in responsibility and public safety.