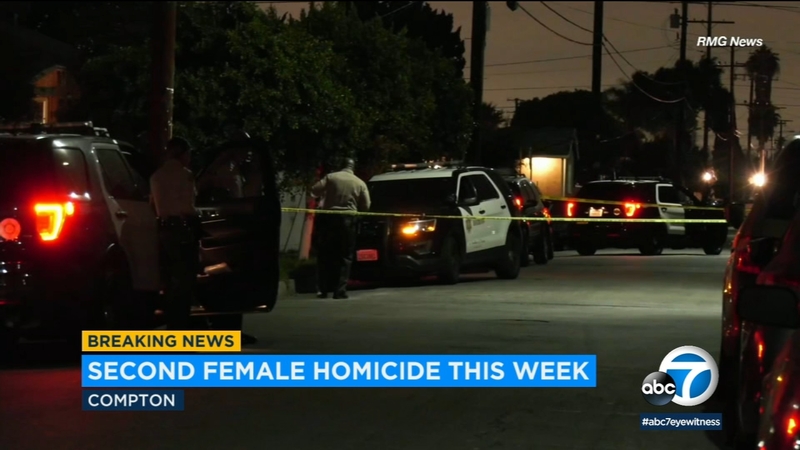 COMPTON, Calif. (KABC) -- A woman was shot and killed Tuesday evening in Compton, authorities said, prompting a search for the assailant.

Deputies responded about 10 p.m. to a report of an assault with a deadly weapon and gunshot victim in the 1700 block of East San Luis Street, according to the Los Angeles County Sheriff's Department.

They arrived to find the victim suffering from at least one gunshot wound to her upper torso, a news release said. She was transported to a hospital, where she was pronounced dead.

The woman's name was not immediately released.

As investigators look for her murderer, the Compton community is mourning the death of 15-year-old Samantha Bustos.

"During the investigation it was discovered that the suspect approached the victim in a vehicle and asked her where she was from," a Sheriff's Department statement said. "The suspect then fired multiple rounds at the victim."

The homicide happened the day after the body of a missing 15-year-old girl was discovered in an industrial area of Compton.