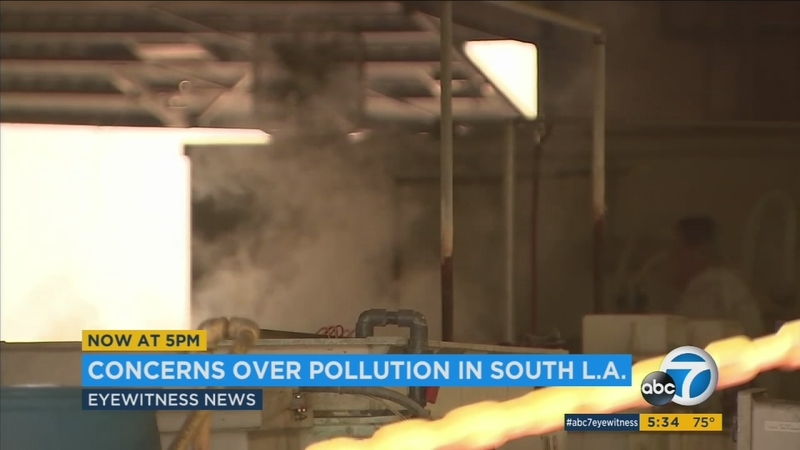 Concern over levels of cancer-causing chromium 6 in LA County

Excessive levels of cancer-causing chromium 6 were detected by the AQMD at two metal processing sites in Paramount in the past year. Now, facilities in Compton and North Long Beach are under scrutiny.

No chromium 6 cancer cases have been identified, and the AQMD says they have not traced Compton's troubles to high levels near two plants at this time, but regulators are watching.

Local leaders, meantime, are throwing up a red flag.

"We all know that sometimes we may not know the effects of things right now, but later on down the line, those things come back to haunt us," said Councilwoman Emma Sharif.

"Frankly if it was me and I lived there, I would probably keep my windows shut," Barragan said.

Eddie De La Rosa, a Paramount father, says the plants provide important jobs, but he added, "We can't compromise that and put our children's health at risk and the health of other generations also."

How far does the airborne pollution fly? The AQMD said not far, about 200 feet. That's because the particles are heavy metal. They fall close to the plant.

But Barragan says the entire region should be informed, calling for notification through the mail to everyone within 500 yards of an air monitor.
Report a correction or typo
Related topics:
comptonlos angeles countyenvironmentpollutioncancer
Copyright © 2021 KABC-TV. All Rights Reserved.
More Videos
From CNN Newsource affiliates
TOP STORIES