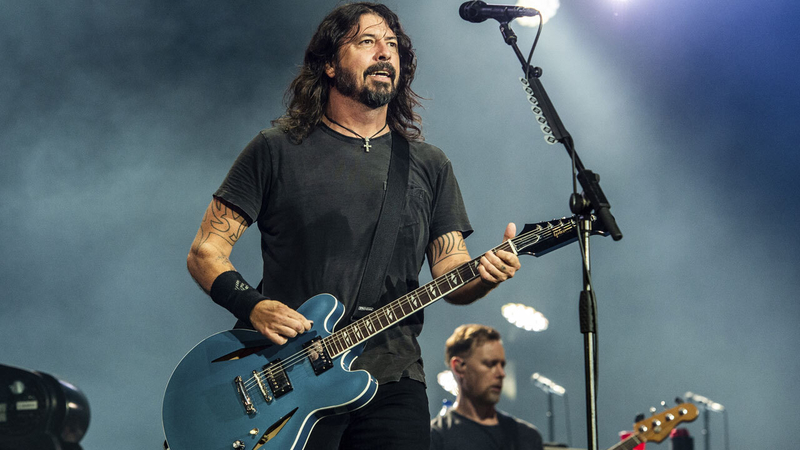 Amazon Music will stream the concert series live from noon to 8 p.m. Friday and Saturday on the Amazon Music mobile app and the Amazon Music Twitch channel at twitch.tv/amazonmusic. Xfinity and Rolling Stone's YouTube channel will also broadcast the series.

The concert is aimed at providing entertainment to the community - in the safety of their cars -- while they wait to receive the vaccine at Dodger Stadium, which is serving as the largest vaccination site in the United States, organizers said.

"Our critical mission within this moment of the pandemic is to provide equitable relief services to our local community, and we rely on donations to continue our efforts,'' said Ann Lee, who co-founded CORE (Community Organized Relief Effort) with actor Sean Penn. "We are thrilled that Linda Perry has curated such an amazing group of artists to support our cause and bring comfort and joy to the people visiting Dodger Stadium for vaccinations.''

Los Angeles County's declining COVID-19 numbers could mean a shift to the less-restrictive red tier in a week or two, officials say.

Artists performing in the series will be following the same regulations as those coming to the site for vaccine appointments by staying in their respective vehicles until their performance time, and all equipment and instruments will be extensively sanitized between each set, organizers said. No meet-and-greets or backstage passes will be allowed.

"As a mother and fellow member of this community, I wanted to do something to lift spirits and send a positive message of hope and humanity to all the healthcare workers and those on the front lines, as well as raise awareness and funds to support CORE and their relief efforts,'' said Perry, who is producing the event. "Our goal is to do everything we can to thank CORE and the self-sacrificing people who keep us safe during this unprecedented crisis.''
Report a correction or typo
Related topics:
arts & entertainmentlos angeleselysian parklos angeles countyconcertcoronavirusmusic newscoronavirus pandemicfundraisercovid 19
Copyright © 2021 by City News Service, Inc. All Rights Reserved.
TOP STORIES
11-year-old boy killed, 2 wounded in Wilmington shootings
113 LAFD firefighters put on unpaid leave due to vaccination mandate
LA County reports 3rd case of omicron variant
Devin Nunes stepping down from Congress by end of 2021
Kentucky Derby winner Medina Spirit dies after workout in Arcadia
Sherman Oaks holiday display brings joy to neighborhood
Jack in the Box to buy Del Taco for $575M
Show More
Actor Jussie Smollett takes stand in own defense
15 Freeway project aims to improve Las Vegas-SoCal drive
Report: CA couple likely died trying to save baby on hiking trail
Beverly Hills PD hires more officers for patrols after spike in crime
Target expands holiday shopping hours
More TOP STORIES News