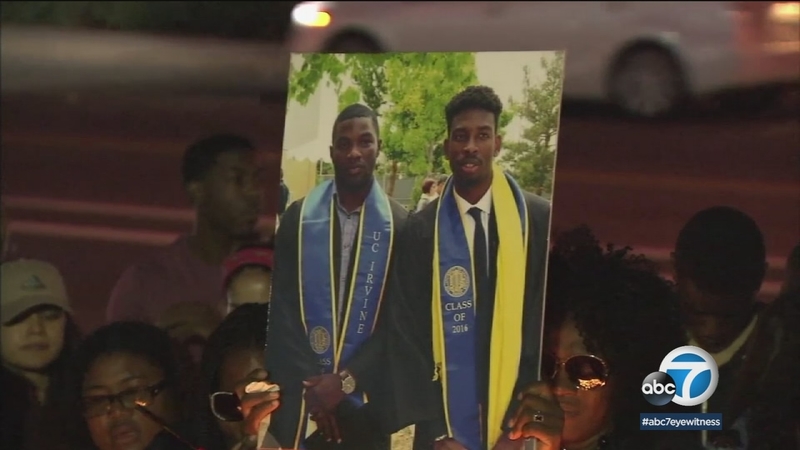 Prosecutors said 30-year-old Jeremy Wayne Greenwood, of Rialto, was drunk and driving at 86 mph through Irvine when he ran a red light and struck another car on July 1. He faces three counts of murder and felony DUI.

The driver of the second car, 23-year-old Kasean Herrera, and two passengers, 24-year-old Jeremy Shankling and London Thibodeaux, died in the crash. A third passenger in that car suffered a traumatic brain injury.

"I can't spend a day without thinking about them because this is so tragic. They were really amazing, amazing people so it's really unfair," friend Belen Engeda said.

An emotional candlelight vigil was held in Irvine to honor the memories of two young men killed in a fiery car crash.

Herrera and Shankling had graduated from UC Irvine last year and were starting their careers as software engineers. Shankling was working as an app developer in the district attorney's office.

"It went through the office very, very quickly, and it was shock and disbelief," said Michelle Van Der Linden, with the Orange County District Attorney's Office.

Friends of the victims said they plan to watch the case closely to make sure justice is served.

Authorities said Greenwood had a 2012 conviction for driving under the influence in Los Angeles County, which elevated the charges to murder.