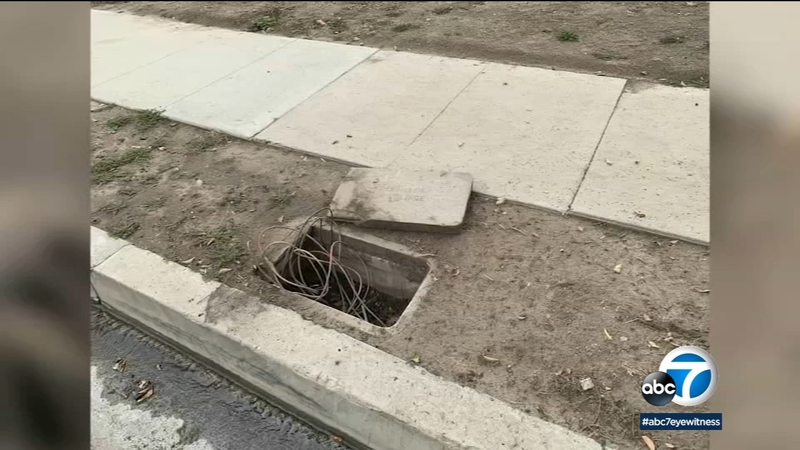 In Tarzana, light poles that usually illuminate streets have no light.

"It's their neighborhood asset," said Miguel Sangalang, director of the L.A. Bureau of Street Lighting. "It allows them to really go around at night -- to interact with others."

The street lamps often lack light because the copper wiring underneath has been stolen.

"Folks who are in a desperate situation or who unfortunately see this as an opportunity - they're doing it for cash," said city Councilmember Bob Blumenfield.

But not for much money. Copper wires sell for less than $4 a pound.

The city, meanwhile, has added $4 million to help fix the issue, as it has grown in the past four years.

"We went from an average of around 50 incidents or so in a month to over 200," Sangalang said.

In Tarzana, crews have continued repairing and replacing the power sources by putting reinforcements underground, then sealing it with cement. However, when there's an electrical issue, the extra protection makes it that much more difficult to fix it. Blumenthal says people determined enough can and have broken through the reinforcements.

Long-term, the city is testing out different ways to power the poles, through solar with wires at the top of the lamp, or with materials that are less of a target.

Officials also urge people report thefts in progress to the police, and ones that were already done to 311.

"The predominant way that we find out about outages is through people," Sangalang said. "Through residents and businesses that let us know."