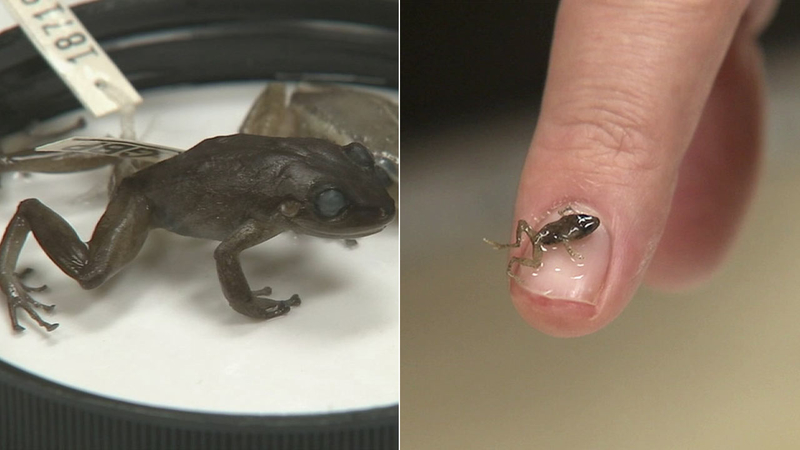 LOS ANGELES (KABC) -- A species of tropical frog is invading Southern California, and its screeching cry is not music to the ears of its suffering neighbors.

It's the coqui frog, and Southlanders have thought they were birds, radios and once in Beverly Hills, a house alarm.

"The Beverly Hills police showed up to try to get the homeowner to turn off this broken alarm, but the broken alarm was in fact just a male coqui frog looking for a female," Pauly said.

These frogs are native to Puerto Rico and more recently Hawaii, and now, California.

Scientists believe these frogs are making their way to Southern California because of their tiny size. A 1-day-old coqui frog is smaller than the size of an adult fingernail. So imagine a tiny frog tucked and hidden into the fold of a leaf of a plant on its way in from Hawaii. That'd be pretty tough to detect.

From there, they survive the dry climate here by finding somewhere with sprinklers, for example, a nursery in Torrance.

The owner of the nursery said at first, he thought the sound was coming from birds. He didn't want to go on camera because these frogs are a restricted species and didn't want to hurt sales.