All mandatory evacuation orders were lifted at 3 p.m. Friday as firefighters continued to make progress against a 250-acre brush fire near Corona.

CORONA, Calif. (KABC) -- All mandatory evacuation orders were lifted Friday as firefighters continued to make progress against a 250-acre brush fire near Corona.

The Skyline Fire was 5 percent contained.

Corona Fire Department officials announced all mandatory evacuation orders were lifted as of 3 p.m., including in the Mabey Canyon and Orchard Glen communities, which were under evacuation Friday morning.

Residents of the Orchard Glen community were asked to show proper identification when returning home.

The blaze erupted shortly after 3 p.m. Thursday and spread quickly near the intersection of Skyline Drive and Burrero Way, prompting a response from about 240 firefighters from multiple agencies.

Fire officials said they were later aided by lower temperatures and calmer winds.

"There is a little bit of active burning within the black but everything around the edges should be cold," Cal Fire Capt. Scott Visyak said of the burn area.

Debbie Carreon was among the residents who evacuated their homes, some of whom decamped to a shelter that was established at Corona High School.

"This is like the third one we've had in such a short period of time," she said of the brusher. "So I would say the first one was really unnerving, but it lent us to kind of prepare."

The California Department of Corrections and Rehabilitation said two inmate firefighters from the Norco Camp displayed symptoms of heat exhaustion on the fire line on Thursday. Both were treated and released at the incident site and are in good condition. 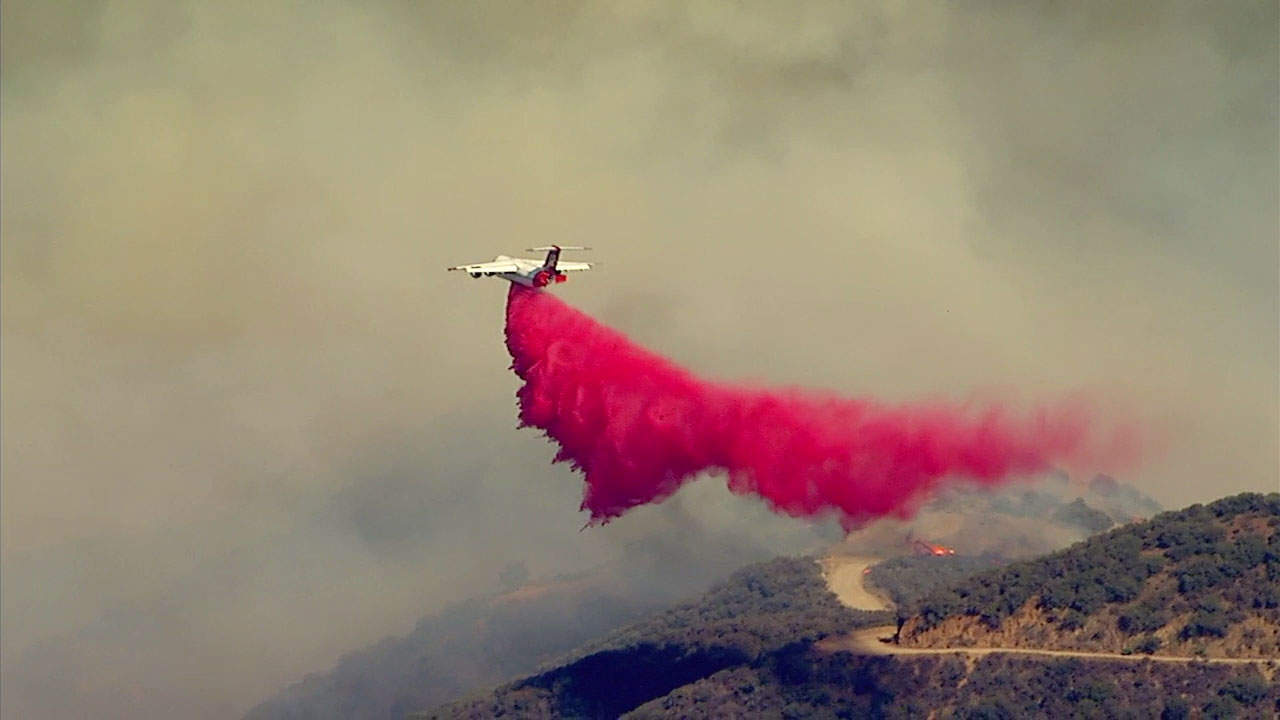