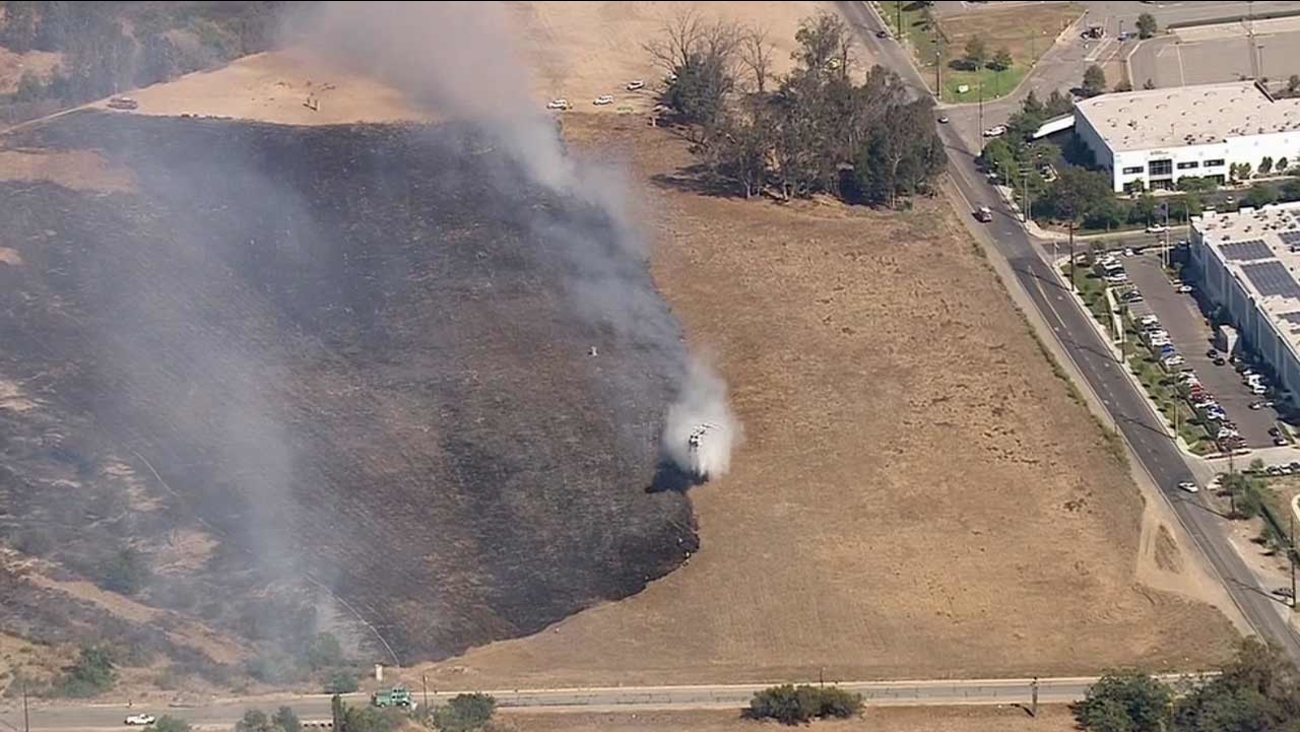 A brush fire erupted at the Temescal Wash near Rincon and Auburndale streets in Corona Wednesday, July 15, 2015.

CORONA, Calif. (KABC) -- Several homes were evacuated Wednesday afternoon as a precautionary measure after a brush fire erupted at the Temescal Wash in Corona.

The fire was reported near Rincon and Auburndale streets at about 3 p.m., and quickly grew to 30 acres. As of 6 p.m., it was 25 percent contained with the aid of Cal Fire water-dropping helicopters.

Corona firefighters, along with personnel from the city and county of Riverside, deployed on all quarters of the fire and placed equipment behind homes for structure protection.

At least 75 homes were evacuated on Fallbrook Drive, Kevin Circle and Queensdale Circle. The evacuations have since been lifted. No injuries were immediately reported.