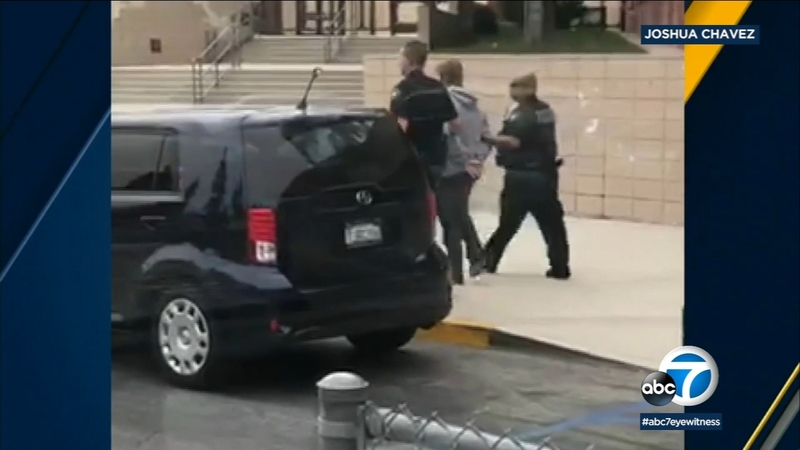 CORONA, Calif. (KABC) -- A student was arrested at Corona High School Friday after he was found with a gun on campus, police said.

Authorities said around noon Friday, police received information from campus personnel about a possible threat to the campus.

Police descended on the campus to investigate, where the teenager was taken into custody for bringing a loaded handgun to school.

Another student had alerted school officials about the gun on campus.

In exclusive video, a witness captured the moment authorities took the boy into a police vehicle.

According to police, no students were injured, and the campus was deemed safe.