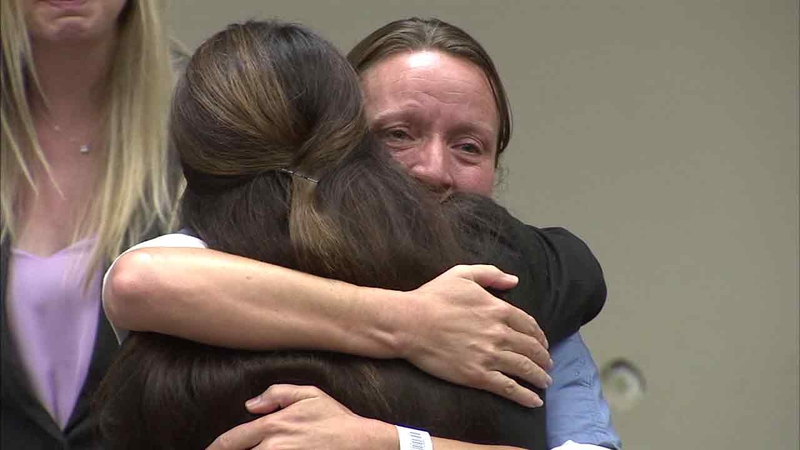 RIVERSIDE, Calif. (KABC) -- There were many hugs and tears for a Corona woman set free in court Friday morning, after she served close to seven years in state prison for the death of her boyfriend.

A Riverside judge threw out the murder conviction for Kimberly Long and ordered a new trial.

"She is getting freedom, and that's what we've been waiting for for 13 years," she said.

The case goes back to October 2003, when Kimberly Long had a fight with her boyfriend in Corona.

She said she left the home and came back hours later to find him beaten to death. She was later convicted of murder.

Judge Patrick Magers reviewed the case and said that not only were there inconsistencies with the time of death - which means her boyfriend may have been killed while she was gone - but even though prosecutors said she changed her blood-stained clothes after the murder, the judge said evidence showed she never changed her clothes, and there was no blood found on them.

"Now everybody knows that our daughter has always been innocent of this hideous crime," her mother said.

The Riverside County District Attorney's Office said it was reviewing the judge's decision for potential appeal, and at this point, they were ready to move forward with a new trial.