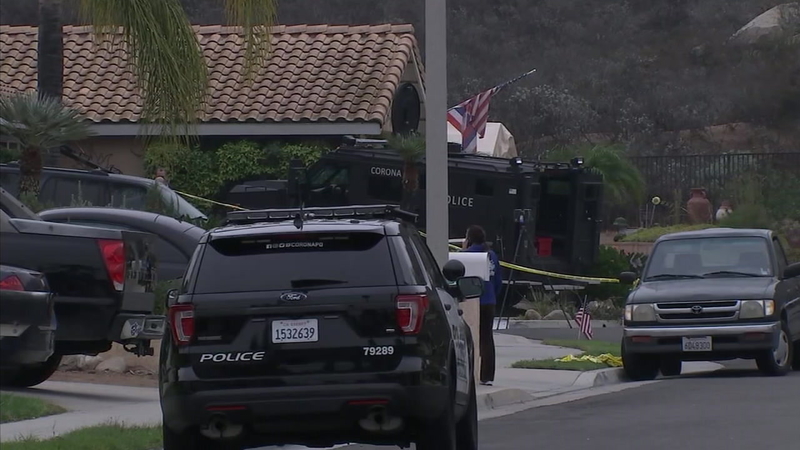 CORONA, Calif. (KABC) -- Police fatally shot a man in Corona after he allegedly critically wounded his wife and pointed a rifle at police.

Corona dispatch initially received a call reporting possible shots fired Tuesday evening. This call was followed by an additional call about a domestic violence incident at a home involving an injured woman and a male suspect with a gun.

Responding officers positioned an armored rescue vehicle outside the home, located in the 2600 block of Tundar Circle, and began communicating with the suspect.

That's when the 68-year-old man pointed a rifle at police, prompting them to fatally shoot him, according to Officer Tobias Kouroubacalis.

No officers were injured, and a rifle was located with the suspect, police said.

Kouroubacalis said the man's 59-year-old wife was suffering from apparent gunshot wounds and that it's believed her husband shot her. She was transported to an area hospital, where she was listed in critical condition.

If you have any information regarding this investigation please contact Senior Detective Mario Hernandez at (951) 279-3659.