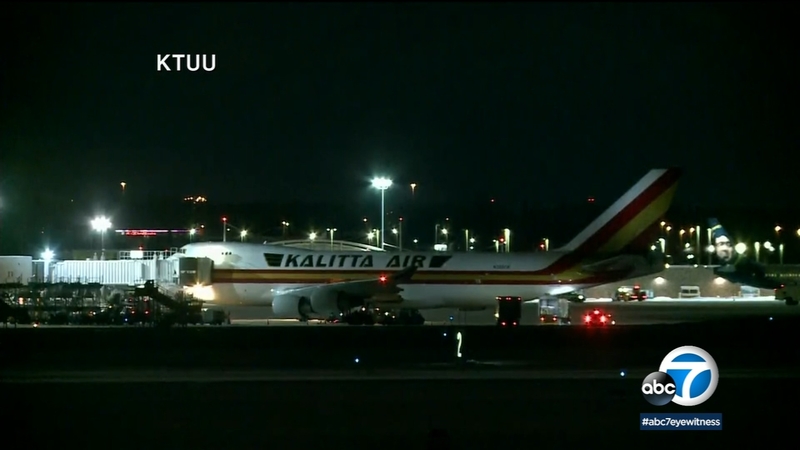 ONTARIO, Calif. (KABC) -- A chartered jet carrying U.S. consulate employees from China is set to land in Southern California this week but it has been diverted to March Air Reserve Base, officials said Tuesday night.

The plane was initially expected to land at Ontario International Airport, where emergency responders were preparing to take appropriate steps to receive the passengers and protect public health.

But officials said Tuesday night that it has now been diverted to the base. It's expected to land Wednesday morning. A reason for the diversion was not immediately disclosed.

"We were prepared," said Carl Hagman, a member of the San Bernardino County Board of Supervisors and a commissioner for ONT. "But the State Department decided to switch the flight to March Air Force Base for logistics that they have."

Update on the repatriation flight from Wuhan, China. #coronavirus pic.twitter.com/RjakfvDHgZ

Officials say the passengers will go through three health checks to determine if any of them are infected with the coronavirus, which has already claimed dozens of lives in China.

A picture inside the cockpit of the charter flight shows the protective measures being taken. A person is seen wearing a mask and a protective suit.

More screening for symptoms of the virus will take place while the plane refuels in Anchorage, Alaska, and a third screening upon arrival in California.

The consulate employees are returning on an order from the U.S. State Department. Depending on available space, some U.S. citizens may also board the flight, according to a department spokesperson.

Meanwhile, the Trump administration is being urged to declare a formal public health emergency.

Five people in the United States have been diagnosed with coronavirus, including one person each in Los Angeles and Orange counties.

RELATED: What is the coronavirus?
EMBED More News Videos