According to the Los Angeles Homeless Services Authority, 6,000 to 7,000 homeless persons live under or near the county's freeway overpasses, underpasses and ramps.
City News Service 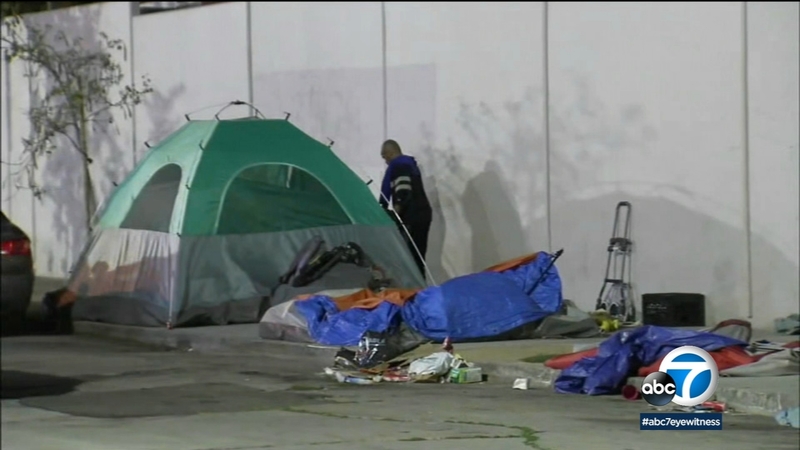 LOS ANGELES (CNS) -- A federal judge on Friday issued a preliminary order requiring that thousands of homeless people living under Los Angeles freeway overpasses and underpasses, and near entrance and exit ramps, be relocated for health and safety reasons.

The extraordinary legal action will be enforced starting at noon May 22, unless an alternative plan is accepted, according to U.S. District Judge David Carter.

"Those who live under and around freeway overpasses and underpasses are exposed to severely heightened public health risks as a result of where they live,'' Carter wrote in the order filed in Los Angeles federal court.

"It is unreasonably dangerous for humans to live in areas that may, for example, be contaminated with lead or other carcinogenic substances,'' his order says. However, as with many issues involving individuals experiencing homelessness, no party appears to be addressing this problem with any urgency. The Court hereby ORDERS that this subset of individuals experiencing homelessness be relocated away from freeway overpasses, underpasses, and ramps.''

According to the Los Angeles Homeless Services Authority, 6,000 to 7,000 homeless persons live under or near the county's freeway overpasses, underpasses and ramps, 3,000 to 4,000 of whom are located in the city, and 200 to 300 of whom live in unincorporated areas.

Carter expressed confidence the order could withstand any legal challenges.

The judge wrote that when the homeless are exposed to such dangers as toxic fumes, hazardous waste concentrations of lead, car crashes, and the potential collapse of an overpass in an earthquake, "their health is threatened in a way that monetary damages cannot adequately compensate. Additionally, homeless persons living near freeways need not suffer these harms at all -- or, at least, need not suffer them any further --and this outcome could be achieved with a preliminary injunction.''

"Because of the public health risks inherent in living near freeways, the court finds that the homeless individuals that live in such locations face a likelihood of irreparable harm, justifying a preliminary injunction.''

The judge added that the city and county would only need to invest relatively modest financial and administrative resources to provide safe and healthy shelters to these individuals. As such, the court finds that the balance of the equities weighs in favor of an injunction.''

Although the health risks constitute an emergency and demand a swift response,'' Carter invited input from city and county officials in the week before the preliminary injunction takes effect next Friday.

Before May 22, if the parties reach an agreement on an alternative plan, they should submit their plan to the court by 3 p.m. Tuesday and a hearing will take place the next day, the judge said.