The family of a Los Angeles firefighter paramedic who lost his battle with COVID-19 is sharing his story, and his message about the virus.
KABC
By Rob McMillan 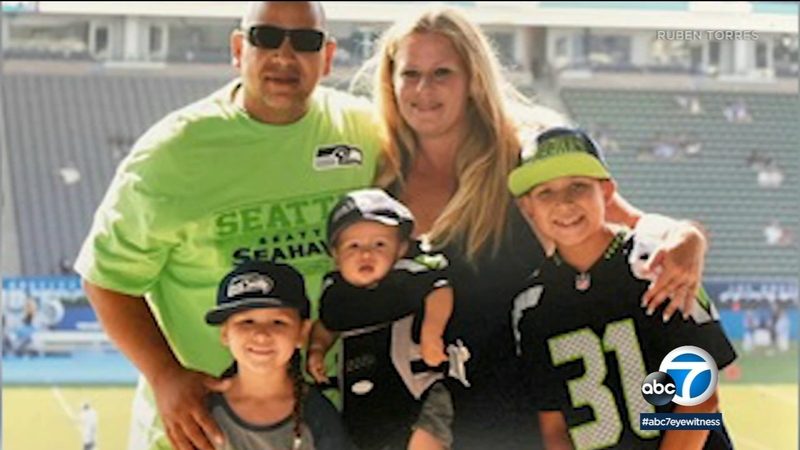 LOS ANGELES (KABC) -- The deadly impact of COVID-19 is now being felt in the Los Angeles Fire Department. Jose Perez, a 44-year-old firefighter paramedic, lost his battle with the virus over the weekend.

Now his family is sharing his story, and his message about the virus.

Heidi Perez says the last conversation she had with her husband was by text message. He said they were putting him on a ventilator.

One day later, he died.

"It's not fair," Heidi says. "I don't want anyone to have to feel what I feel right now."

The first firefighter with the Los Angeles Fire Department has died due to COVID-19, the agency confirmed.

Perez spoke along with her three children, and her husband's partner in the L.A. Fire Department, Ruben Torres. Torres says Perez got tested after feeling overly tired after working a structure fire earlier this month.

"That night when he got back he texted me saying, 'Hey buddy, I'm not feeling too well, I have a fever.' He thought it was maybe because he overexerted himself, he wasn't feeling too well," Torres says. "The next morning he got the results from the testing site that he had tested positive for COVID-19."

Five days later, the fever broke. But by that time, Heidi and all three kids had tested positive, too.

When Perez's fever came back and his condition got worse, he drove himself to the hospital on July 16, where he would die nine days later.

"One of the last conversations I had with him, he said 'This is real buddy, I thought it wasn't real. I thought it was a joke. I thought I'd get to be back at work in two weeks,'" Torres recalls. "He goes, 'I can't believe it.'"

As for Heidi, she says she and the children still don't have symptoms.