The case marks the first reported death from the virus among the 30,000 people in immigration custody.
KABC 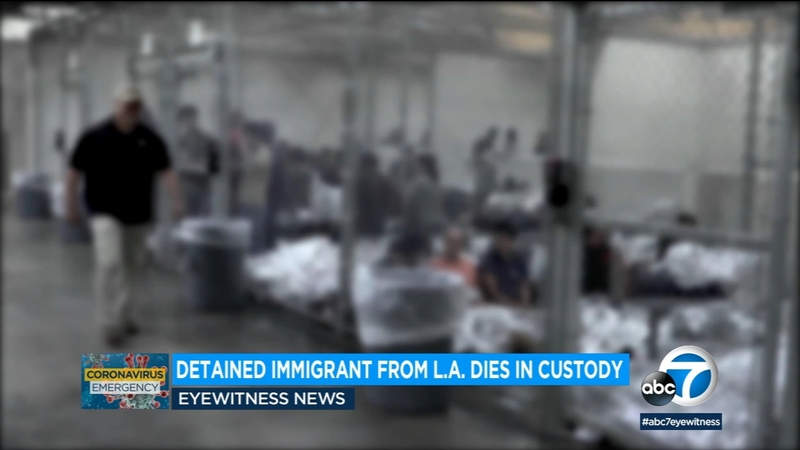 Detained immigrant from LA with COVID-19 dies in custody

SAN DIEGO, Calif. (KABC) -- A detained immigrant who lived in the Los Angeles area died from the novel coronavirus in San Diego Wednesday.

A family spokesperson identified the man as 57-year-old Carlos Ernesto Escobar. Escobar is the first reported death from the virus among the 30,000 people in immigration custody.

The spokesperson said Escobar, who had diabetes, had been living in L.A. after leaving El Salvador with his mother and sisters in 1980.

San Diego County officials say the man fell ill while being housed at the facility.

The facility has been a hotbed for the spread of COVID-19, with nearly one of five detainees who have tested positive nationwide.

According to the Associated Press, 132 of ICE's 705 positive cases were at the San Diego facility as of Wednesday, and 10 of 39 ICE detention employees who have tested positive are at Otay Mesa.

During a hearing Monday, Justice Department attorney Samuel Bettwy, said that the San Diego detainee was on a ventilator at a hospital and his prognosis was not good. At the hearing, authorities said 119 of 171 of detainees tested at Otay Mesa were positive.

The facility can hold 1,970 detainees, but 662 immigration detainees and 325 Marshals Service inmates were there as of April 26. Dozens are being released this week under a court order.