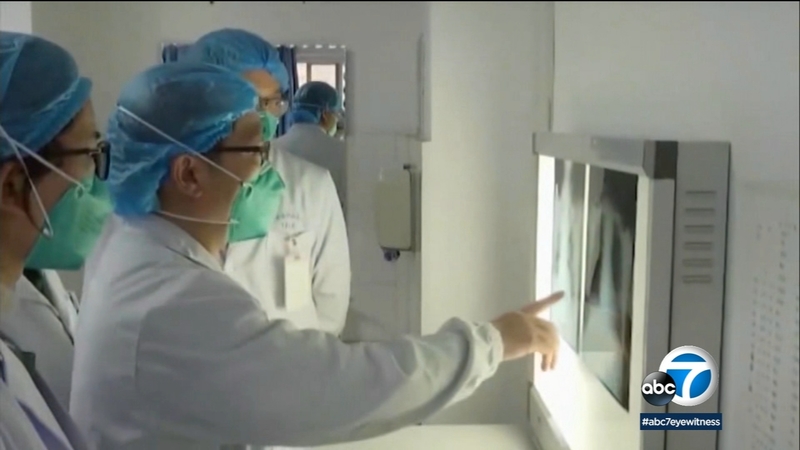 BEIJING, China (KABC) -- Chinese health officials said they have confirmed human-to-human transmission of a new coronavirus, which means it could spread more quickly and more widely than previously thought.

According to state media, two people in Guangdong province in southern China caught the virus from family members.

Some medical workers have also tested positive for the virus, the English-language China Daily newspaper reported.

There have been more than 200 confirmed cases in China.

In Geneva, the World Health Organization announced it would convene an emergency committee meeting on Wednesday to determine whether the outbreak warrants being declared a global health crisis.

Coronaviruses cause diseases ranging from the common cold to SARS, or severe acute respiratory syndrome.

The coronavirus is already having international repercussions.

Passengers arriving at Los Angeles International Airport from certain parts of China are being screened for it.

The same is happening in San Francisco and New York.