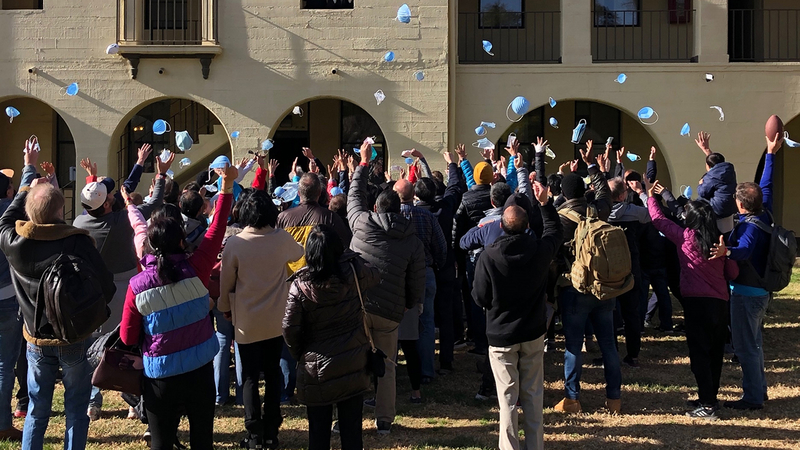 Coronavirus quarantine lifted for evacuees at IE military base

RIVERSIDE, Calif. (KABC) -- Nearly 200 evacuees ended a two-week quarantine at a Riverside military base where they have been living since flying out of China in the wake of the deadly coronavirus outbreak.

Quarantine orders were lifted after 9:30 a.m. for the 195 people held at March Air Reserve Base.

None tested positive for the novel coronavirus, which has claimed more than 1,000 lives overseas. The large group, many who work for the U.S. Department of State, also underwent a final examination before they were cleared to leave.

Those being held were isolated from base personnel - who were not at an increased risk of infection - and not allowed to leave a fenced area, officials say.

RELATED: Coronavirus breakthrough could help curb spread of the virus

Days after arriving, an evacuee tried to leave the base and was ordered to stay for the duration of the incubation period or until otherwise cleared. Officials said the person, who was not identified, did not try to sneak away but merely tried to leave before the 72-hour monitoring period was over. The person later stayed for the 14-day incubation period.

The first confirmed case of novel coronavirus was found among hundreds of people who were evacuated from China to military bases around the United States.

The Miramar group was initially thought to be free of coronavirus. Four individuals had been isolated in a hospital after showing symptoms, but on Sunday federal health officials said they had tested negative and they were sent back to the base.

The person confirmed to have the illness arrived at Miramar Feb. 5 from Wuhan. That locked-down city of 11 million is the epicenter of the highly contagious disease, which has killed more than 1,000 people overseas.