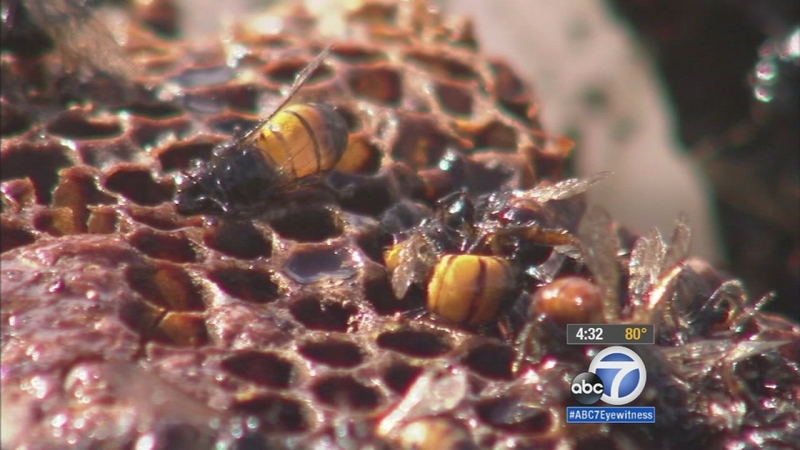 COSTA MESA, Calif. (KABC) -- A 20-year-old man was stung 50 to 75 times Thursday when a swarm of irate bees attacked him while removing the shingles off the roof of a residence in Costa Mesa, fire officials said.

The incident occurred near Liard Place and Klondike Avenue at about 8:15 a.m., according to the Costa Mesa Fire Department.

A neighbor in his early 60s heard the victim screaming from across the street and came out of his home to see what was going on.

"He was screaming and yelling, so he made a mass exodus as quick as he could off the roof and tried to get away from the bees. As they were already agitated, the neighbor must have heard the commotion and the gentlemen screaming and yelling, came out to see what was going on. Subsequently, he was stung about 10 to 15 times," Deputy Fire Chief Fred Seguin said.

About 30,000 to 40,000 bees were found in a 6-foot-long hive underneath the shingles in the roof of the home. The hive was estimated to have been there for about two years.

Firefighters sprayed white foam on the bees to subdue them until employees from Bee Busters arrived.