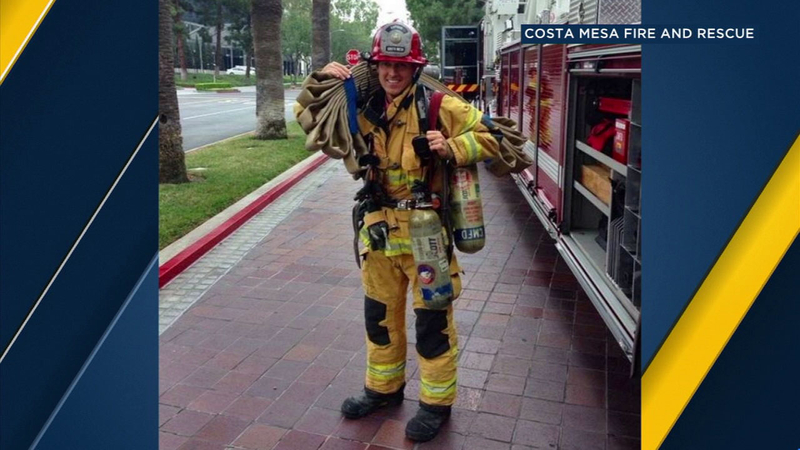 Captain Mike Kreza was struck by a vehicle while riding his bicycle in Mission Viejo.

The Orange County Sheriff's Department responded to the incident on the eastbound side of Alicia Parkway near Via Burgos just after 8 a.m.

Kreza, an 18-year veteran of the Costa Mesa Fire & Rescue Department, is in critical condition with life-threatening injuries.

The Orange County Fire Authority responded to the incident and provided aid before transporting Kreza to a local area trauma center.

Kreza was off-duty at the time of the crash. A vigil was held for Kreza Saturday night.

According to a statement from the Orange County Sheriff's Department, the driver of the van remained at the scene.

The driver, Stephen Taylor Scarpa, is suspected to have been under the influence of a controlled substance at the time of the crash. Multiple prescription medications were in his vehicle, authorities said. He was arrested on suspicion of felony DUI.

Captain Mike Kreza is still unresponsive and in critical condition, the next several hours are critical.

Captain Kreza is surrounded by his family & friends, including his fire family. pic.twitter.com/r1OTrYZO6a