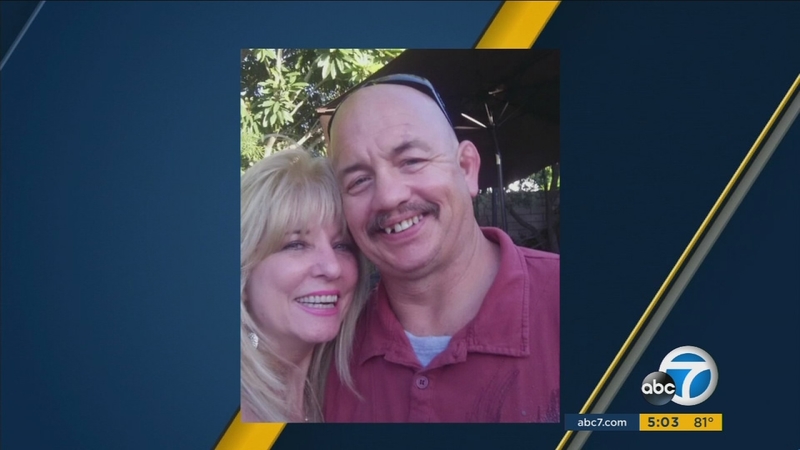 COSTA MESA, Calif. (KABC) -- Police are still trying to determine the motive in a fatal attack on a man involving a hammer-hatchet tool at a Costa Mesa apartment complex.

Kyle Avila, 53, of Santa Ana was killed in the Wednesday-morning incident, according to the Orange County coroner's office.

Avila was returning from his girlfriend's new home to pick up his car Wednesday morning when he was beaten to death.

His sister says she believes he was caught off-guard and would have fought back.

He is being remembered as a man with a big heart, who would help out anyone at any time.

"He had a very good heart. He had a sensitive heart. He was a kind person, he would help anybody," said Kelli Casey, Avila's sister.

Ivan Chernev Dimov, a 51-year-old Costa Mesa resident, was being held on suspicion of murder in the case, the Costa Mesa Police Department said in a statement. His bail was set at $1,000,000.

Officers responded at about 8:45 a.m. to a report of a man hitting another man with a hammer in the area of Vanguard Way and Danbury Lane, the news release said. Authorities later described the weapon as a "tool that contained a hammer on one side and a hatchet on the other."

Witnesses told investigators that Avila was attacked while sitting in a vehicle, and the assailant at one point walked away and then returned to continue the assault.

"Dimov ultimately pulled the victim from the vehicle and continued to assault him while on the ground," the police statement said.

The first arriving officer found Avila lying on his back in a parking lot and an unarmed Dimov standing nearby, according to authorities.

After the officer "verbally engaged" the suspect, he allegedly began to run away. The officer gave chase and subdued Dimov with a Taser, according to the news release, and a second officer arrived to help handcuff him.

Neither officer was injured in the encounter.

Police returned to the victim and found him deceased after suffering "significant" injuries to his face and arms, investigators said, adding that he had apparently tried to defend himself from the attack.

Dimov was placed under arrest and transported to a hospital, where he was treated for minor injuries, the statement said.

The alleged murder weapon was discovered inside the vehicle, according to authorities.