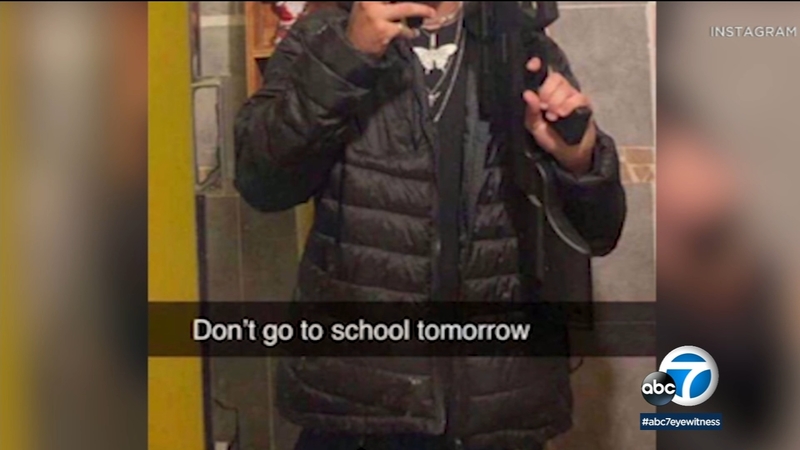 Detectives launched the investigation after reports of the post, which showed an apparent weapon, were received shortly after 11 p.m. Monday, Costa Mesa police said in a statement.

Investigators determined there has been two posts. One showed a subject holding what appeared to be a rifle with the caption "Don't go to school tomorrow." Another post indicated there would be a mass shooting at the school.

Police searched two homes and said they found and confiscated a BB gun pictured in the post.

"In light of these arrests, there is no credible threat to Estancia High School," police said on Twitter.

.@CostaMesaPD says two people are under arrest following a threat made last night against #EstanciaHighSchool on social media. There will be increased police patrols today on campus. @ABC7 https://t.co/mhGZ6mTOCo

Estancia's resource officer, administrators and Newport-Mesa Unified School District were made aware of the potential threat, according to a news release.

One parent chose not to send her child to school Tuesday and advised other parents to be in constant communication with their kids.