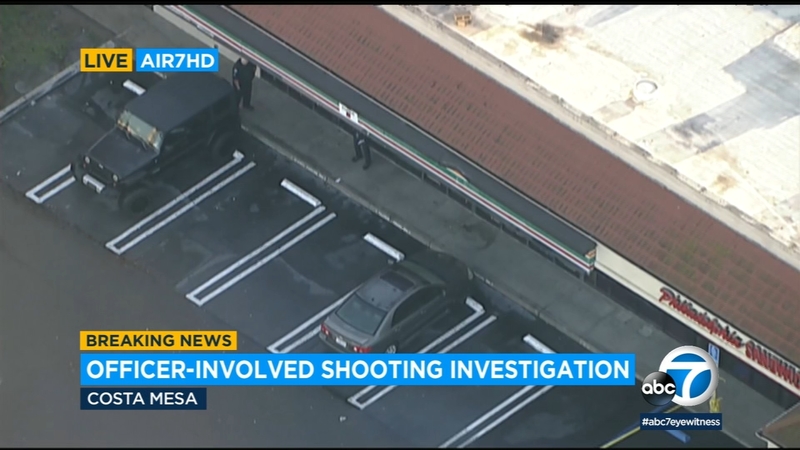 COSTA MESA, Calif. (KABC) -- An investigation is underway in Costa Mesa where police shot an armed suspect during a robbery at a business Thursday morning.

Costa Mesa Police Department officers responded around 4:45 a.m. to a call about a fight at a business located in the 2200 block of Fairview Road. When officers arrived, authorities say officers interrupted a robbery in progress.

The suspect, an unidentified male, was allegedly assaulting a cashier with a knife when the officer-involved shooting occurred.

The victim and the suspect were both treated at the scene by officers and Costa Mesa Fire & Rescue, police say. Both were transported to nearby hospitals.

Police say the victim suffered stab wounds and was in stable condition. The suspect's condition was not immediately available.

AIR7 HD was over the scene around 6:50 a.m. as officers cordoned off the parking lot in front of the business.

No other civilians or officers were injured in the incident.