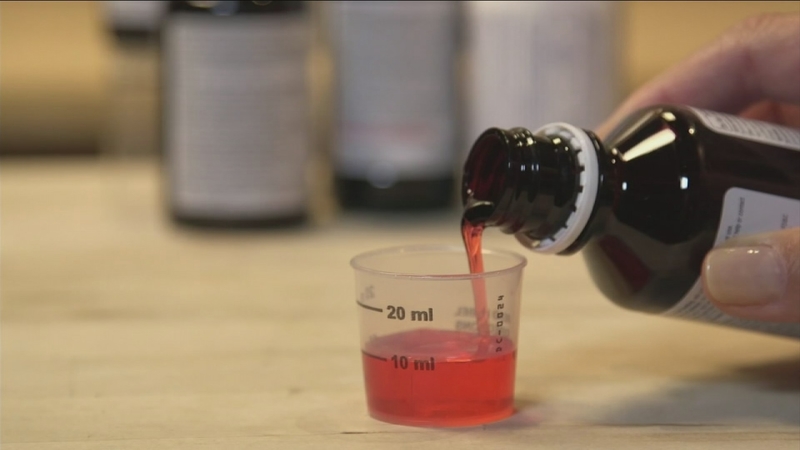 As fall weather sets in, so do the nagging coughs and head colds that seem to spread so quickly from child to child.

But before you head to the drug store, health experts say kids are getting into cough and cold medicines and are accidentally overdosing.

Medicine is meant to heal, but new research shows some drugs intended to help kids feel better can also harm them.

Lisa Gill, Best Buy Drugs Editor for Consumer Reports said, "These are generally safe, when used as directed. But many of the problems happen when kids get into these medications on their own."

A recent study in the journal Pediatrics identified more than 3,200 cases of kids younger than 12 who suffered serious side effects, including hallucinations, rapid heartbeat and even death.

Many children were accidentally ingesting too much cough and cold medicine.

"They can be tempting. Some might be colorful, some might be tasty. The really important thing is that they're kept away from kids," said Gill.

While you should never give cough and cold medicine to kids younger than four, beyond that, the health team at Consumer Reports said there's not a lot of evidence they work very well anyway and suggests trying some home remedies instead.

"You want to keep kids hydrated with things like warm drinks, soup or decaffeinated tea -- those things may loosen congestion and soothe a sore throat," said Gill.

For kids 1 year old and older, try adding a bit of honey, which some research has shown can be as effective at relieving a cough as some over-the-counter cough drugs.

Kids five and older can suck on a sugar-free lozenge or candy which can reduce the urge to cough and soothe an irritated throat, as can mixing a half teaspoon of salt in a cup of warm water for a gargling solution.

And if you do have young kids at home, the Center for Disease Control and Prevention advises that people should put medications out of children's reach and sight.