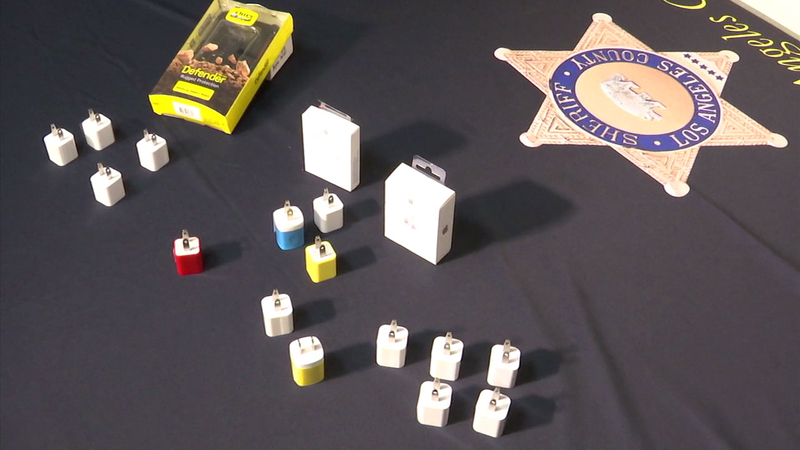 LOS ANGELES (KABC) -- Cellphone chargers are something we all have, and most people have more than one. But counterfeit chargers have a 99 percent failure rate and could cause injury.

"Lawsuits against two stores, civil actions, where we allege that undercover purchases recovered more than 15,000 allegedly counterfeit cellphone chargers and related accessories," Feuer said. "We have the possibility of shutting down the business altogether, and that is what the aspiration is here."

The sale of counterfeit chargers extends far beyond the city of L.A. ABC7 employee Evan Sanford unknowingly bought a charger online via an ad he saw on Facebook.

"It literally caught on fire in my hand and so I dropped it because it was on fire, and I didn't want to burn myself. I just got some water and threw it on the ground because my cord was on fire," he said.

So how can you protect yourself from purchasing a counterfeit charger?