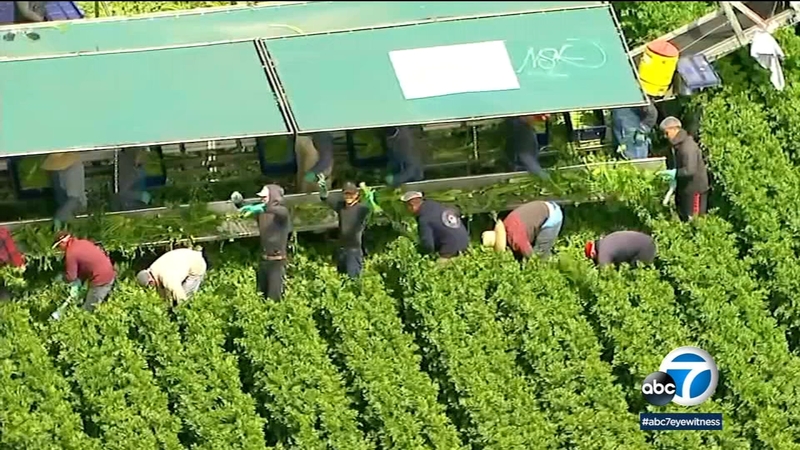 LOS ANGELES (KABC) -- A new UCLA study amplifies the reality that Latinos across California are experiencing a growing and disproportionately high death rate associated with COVID-19.

"It quintupled between May 11 and August 11 - it quintupled," said Dr. David E. Hayes-Bautista, director of the Center for the Study of Latino Health and Culture at the school of medicine, UCLA.

"Even though their rates were relatively low compared to the older folks, still it quintupled," said Hayes -Bautista.

The study points to exposure of unsung essential workers as a key factor.

"We forgot that the farmworkers who grow the food that we eat, and the packinghouse workers...and the truckers and the grocery store clerks and the gardeners and the construction workers and the automobile mechanics and the attendants in nursing homes and the office cleaners - are also essential workers," he said.

There's many variables that affect the likelihood of survival, and prevention and early intervention are key.

According to data from the California Department of Public Health, as of Aug. 26, Latinos made up 48% of cases but just 39% of the state's population. Meanwhile white Californians made up 30% of COVID-19-related deaths and 37% of the population.