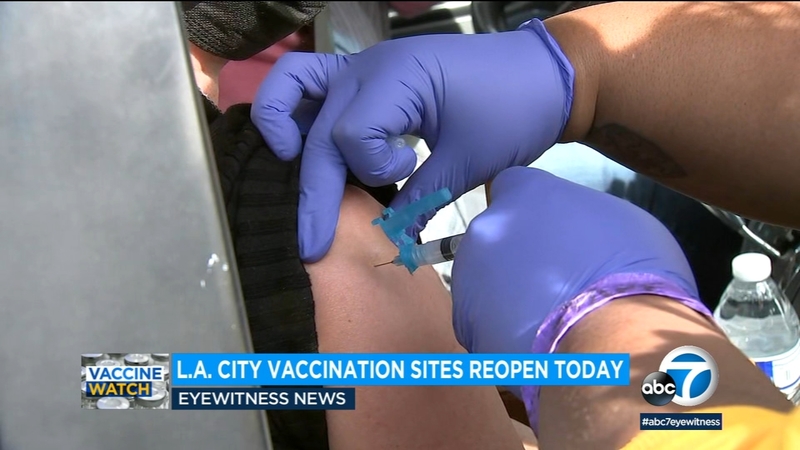 LOS ANGELES (KABC) -- Vaccination sites run by the city of Los Angeles reopened Tuesday after being forced to close for a few days due to shipping and supply issues.

Last week, the city had to postpone at least 12,500 vaccination appointments at the six largest city-run sites, including Dodger Stadium, because shipments were delayed by icy weather across the country. At least 60,000 doses were held up by delays in Tennessee and Kentucky.

Those who had appointments postponed as a result should have been notified about rescheduling. More information can be found here.

A California program that is intended to improve vaccine availability in underserved communities is reportedly being misused by people outside of those areas.

The vaccination sites run by L.A. County were not impacted by the weather delays. As of Monday, a total of 1,770,505 doses had been administered in the county, including more than 50,000 second doses.

While the supply is expected to remain tight, there could be relief if the federal government gives authorization to a Johnson & Johnson vaccine, which unlike others is a single-dose regimen, as early as this week.

Meanwhile, the county's vaccination efforts will ramp up significantly next week, when eligibility expands to three classes of essential workers: those in education and child care, food and agriculture service and law enforcement and emergency services. Those groups include a total of about 1.3 million people.