2 years after COVID first hit the US, hundreds of thousands of Americans are still falling ill 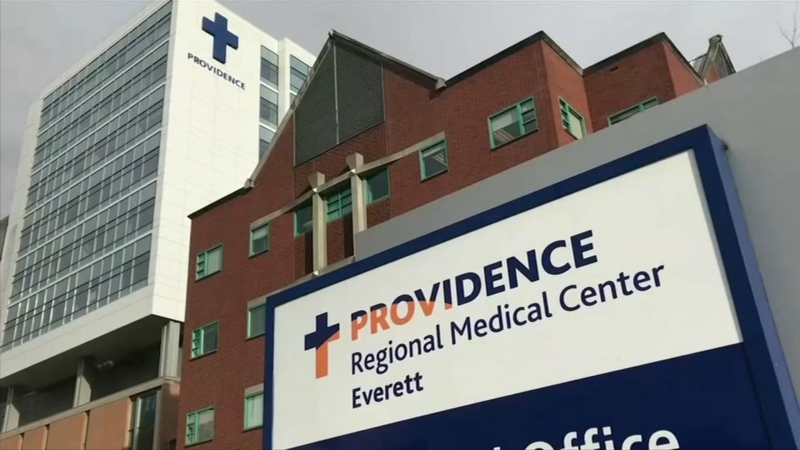 NEW YORK -- At the beginning of 2020, as the nation celebrated the start of a new year, many Americans were still unaware of the "mysterious pneumonia" that had sickened dozens of workers at a live animal market in Wuhan, China.

The illness, later identified as the "novel coronavirus", began spreading rapidly across the globe. Several studies have suggested that the virus had already been spreading in the United States, potentially as early as December 2019.

However, it was not until mid-January of 2020, when the virus would officially be recognized as present on U.S. soil.

Two years ago, on Jan. 21, 2020, the Centers for Disease Control and Prevention (CDC) confirmed the first domestic case of coronavirus. The positive patient was a 35-year-old man from Washington state, who had recently returned from Wuhan, China.

WATCH: NatGeo's 'The First Wave' streaming for 48 hours to mark 2 years since 1st confirmed COVID case in US

Now, two years later, the U.S. has confirmed more than 69 million COVID-19 cases, and over 860,000 deaths, the highest in the total for any country, according to data from Johns Hopkins University. And the nation, despite the wide availability of highly effective vaccines and novel treatments, is experiencing its most significant surge on record due to the highly transmissible omicron variant and tens of millions of eligible Americans remaining unvaccinated.

"These last two years have brought transformational advancements spanning vaccines, treatments and testing. Though these tools are having a clear impact on reducing poor outcomes, we are still seeing one of the worst surges to date," said John Brownstein, Ph.D., an epidemiologist at Boston Children's Hospital and an ABC News contributor.

At the time, the CDC reported that while the virus was originally thought to be spreading from animal-to-person, there were "growing indications" that "limited person-to-person spread" was taking place.

"This is certainly not a moment for panic or high anxiety. It is a moment for vigilance," Washington state Gov. Jay Inslee said during a news conference that same day. "The risk is low to residents in Washington."

Less than a week after the first domestic case was confirmed, Dr. Nancy Messonnier, director of the National Center for Immunization and Respiratory Diseases, which is a division of the CDC, stressed that the "virus is not spreading in the community... For that reason, we continue to believe that the immediate health risk from the new virus to the general public is low at this time."

In late February, Messonnier said she ultimately expected to see community spread in the U.S. At the time, health officials noted that the virus may not be able to be contained at the border and that Americans should prepare for a "significant disruption" in their lives.

In the months to come, Life Care Center of Kirkland, a skilled nursing and rehabilitation facility in Seattle suburbs, would become the first epicenter of the virus' deadly journey across the country. The epicenter quickly then became New York City, which experienced hundreds of deaths a day at the peak of April 2020.

It would be another seven weeks until the World Health Organization would declare the global coronavirus a pandemic, subsequently forcing borders to close, and Americans to retreat to their homes for what some thought would be just a few weeks of "social distancing" and "stay-at-home" orders.

In the first months of pandemic, through April 2020, more than 1 million Americans were sickened and 65,000 died, when the virus was still largely mysterious, treatments and supplies were scarce and hospitals were overwhelmed in large urban areas like New York. Subsequent waves of the virus each had their own characteristics from the deadly winter surge of 2020 to 2021 and the delta variant surge, which upended the optimism that the pandemic would finally come to an end after mass vaccination.

In fact, in the last year alone, more than 450,000 Americans have been lost to the virus.

17 million cases in a month

Two years into the pandemic, federal data shows that hundreds of thousands of Americans are still testing positive for the virus every day, and more than 1,600 others are dying from COVID-19.

In the last month alone, there have been more than 17.1 million confirmed COVID-19 cases, and 44,700 reported virus-related deaths. In addition, more than a year into the U.S. domestic vaccine rollout, 62 million eligible Americans who are over the age of 5, about 20% of that group, remain completely unvaccinated.

A team assembled by the World Health Organization recently visited Wuhan to research where COVID-19 came from, but it could be years before there are clear answers about how the outbreak started.

"After 24 months and unprecedented medical innovation, the last month has brought millions of cases and tens of thousands of deaths. While many might declare victory on the pandemic, we are clearly very far from where want we want to be right now, especially with billions of people yet to be vaccinated," Brownstein said, referring to the continued global crisis.

The U.S. is still averaging more than 750,000 new cases a day, about three times the surge from last winter in 2021. However, there is growing evidence to suggest that the latest omicron case surge may be beginning to recede in the parts of the country that were first struck by the variant.

Although preliminary global studies indicate that the omicron variant may cause less severe illness than prior variants, health officials say that the sheer numbers of infections caused by the new variant could still overwhelm the health care system.

In New York, daily cases have dropped by 33% in the last week, and in New Jersey, new cases are down by 43.7%. In Massachusetts, wastewater samples indicate the state's omicron surge is falling rapidly.

In the Southeast, daily cases in Florida are falling too - down by 30% in the last week, though the state is still averaging more than 45,000 new cases a day.

However, health officials caution that overall, the latest COVID-19 surge across much of the country has yet to peak, and hospitals could still be faced with difficult weeks ahead.

Surgeon General Dr. Vivek Murthy told CNN's "State of the Union" on Sunday that the omicron surge has not yet peaked nationally.

"This is a very difficult time during this surge. We are seeing high case numbers and hospitalization rates... we're also seeing strain in many of our hospitals around the country," Murthy said. "The next few weeks will be tough."

MORE: One year of COVID-19 vaccines: Millions inoculated, but hundreds of thousands still lost
Half the country - 25 states and Puerto Rico - has seen their COVID-19 related hospital admission rates jump by at least 10% in the last week, and nationwide, an average of more than 21,000 virus-positive Americans are seeking care every day.

Earlier this week, Dr. Anthony Fauci, chief medical adviser to the White House, said it is an "open question" as to whether the omicron variant will lead the globe into a new phase of the pandemic.