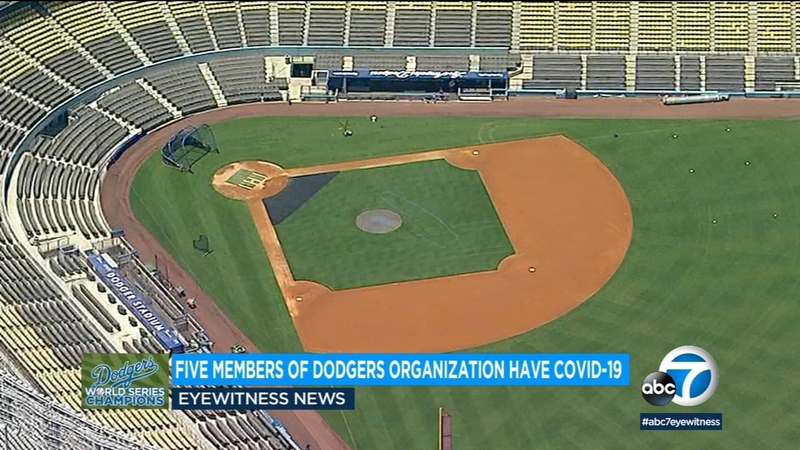 LOS ANGELES (KABC) -- Five members of the Los Angeles Dodgers organization have tested positive for the coronavirus, but none were inside the team's playoff bubble in Texas.

The names of the positive patients were not disclosed.

Justin Turner will not be disciplined by Major League Baseball for coming onto the field last week to celebrate the World Series title with his Los Angeles Dodgers teammates after testing positive for COVID-19.

This comes after third baseman Justin Turner tested positive during the World Series Game 6 and was removed after seven innings. Turner returned to the field after the the team won the game and took off his mask to pose for a photograph with teammates.

Major League Baseball has said Turner will not be disciplined for doing so.